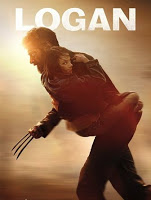 What makes the movie different from other superhero flicks is the way director James Mangold has dealt with the subject — without hesitating to show his ageing superheroes go into battle while they fight their own inner demons. Also, the highlight of the film is Jackman’s compelling performance. He knows it is his swan song and he exits with a flourish — an unforgettable end to a remarkable odyssey. You don’t have to be a comic superhero fan to enjoy this movie — watch it for the outstanding performances by Jackman, Stewart and Keen. This one’s a gripping finale to Wolverine’s indomitable journey.

All in all, after decades of waiting, we finally see a Wolverine film that is befitting in all aspects to the character. Though the film acts as a final ode to Wolverine, it more than justifies and takes his legacy forward in the form of X-23. A definite must watch for X-Men and Wolverine fans.

And Jackman doubly delivers as Wolverine. You’ll see what I mean when you watch the film. He is in top form as both an action star and an actor, bringing heart to his dramatic scenes and wielding unmatched admantium power in the action sequences. ”Logan” is a family drama, an action thriller and an epic superhero story. If this is indeed Jackman’s last Wolverine film, he’s going out in heartfelt, high-class style. .

This is a near-future, one in which no new mutants have been born in two decades. As their numbers dwindled, Professor X’s (Patrick Stewart) dreams of a new stage in evolution slowly died. Logan (Hugh Jackman) is scraping a living as a limo driver in the town on the Mexican border and hustling for medication that he takes out south to a remote, makeshift home he shares with Caliban (Stephen Merchant), nursemaid to the infirm Professor X. Logan attempts to hide from the world and his legacy. However, when a mysterious woman (Elizabeth Rodriguez) asks for Logan’s help with Laura (Dafne Keen), a young mutant being pursued by dark forces, he is drawn back into action despite his hopelessness.