Watch this one for Deepika and Vin if you’re fans of the two. The action parts are fine and in good measure. It’s a film that’s supremely confident of what it is. And that shows. And if you’re looking to be entertained, you will be. Just don’t tax your brain with the way this film plays out. Trust me, you’ll get a headache.

Terrific stunts, superb action, thrilling chase sequences, Deepika, Vin Diesel and Ruby Rose’ tattoos, and (spoiler alert!) Deepika-Diesel’s super hot kissing scene in the end!At times it becomes difficult to figure out whether it’s a video game or a movie and is a bit too absurd.Watch it if you are a fan of either Vin Diesel or Deepika Padukone or both. If you are an action junkie, then don’t even think of giving it a miss!

If you are a Padukone loyalist, watch it for her. Watch it for her on a bigger canvas than she’s been on, and for an Australian actress named Ruby Rose, who looks lethal the way only those with turquoise-tinged hair can, and for the two of them going down a hallway with guns in hand, badass girls going full metal Contra.  It might not be a fine film, but our Badass Indian Barbie did good in this cheesy action-figure extravaganza. Diesel just gets in the way — probably because Padukone is electric.

Two kinds of people will go to watch this film – Deepika Padukone fans (read: people who want to see a Desi face in an international movie) and Vin Diesel fans (read: action junkies). And both will be pleased to the core. The movie caters to these specific groups, if you are one of them, watch it. Otherwise this one is not worth your money and time. It’s less substance, more style.

After coming out of self-imposed exile, daredevil operative Xander Cage (Vin Diesel) must race against time to recover a sinister weapon known as Pandora’s Box, a device that controls every military satellite in the world. Recruiting a new group of thrill-seeking cohorts, Xander finds himself entangled in a deadly conspiracy that points to collusion at the highest levels of government. 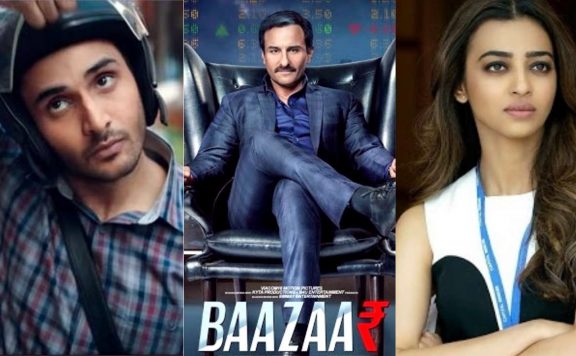