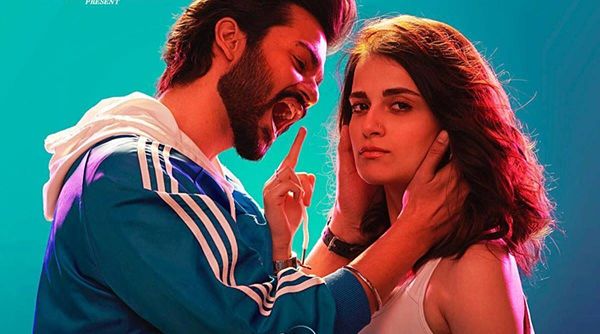 Shiddat strains to be epic in its romance – in one scene, the legend of Sohni Mahiwal is evoked – but also, contemporary. We get a one-night stand, Instagram plays a role and there are lines like: Where do you get condoms your size? You’re the biggest dick I’ve ever seen. The jarring tonalities accentuate the loopholes in logic. Gautam seems to have no other job except to assist Jaggi. In one scene, Gautam tries to persuade Jaggi to forget about Kartika and play the field instead – he gives Jaggi a lecture comparing life to a buffet and says: Variety ko samajh, sirr chakra jayega tera. He then hands him money and suggests that he buy a smiling French girl a drink. I wanted to groan.

On the whole, Shiddat remains an average fare because of the drawbacks in the screenplay. Had it been released in the cinemas, it would not have done anything remarkable.

The major problem with ‘Shiddat’ is that it’s an exciting idea on paper that tends to drag in execution, especially in the second half. The story is highly unrealistic at times and preposterous too, but what keeps it going is the sense of volatility and suspense. However, it’s true that in today’s world of realistic cinema, we often don’t get to see completely mad, raw and defiant love stories. This one goes there with Shiddat, but doesn’t leave you deeply moved.

No kidding when I said the music album is peppier. I wrote this entire review with Barbaadiyan in the background. The title track ends on the line “Tujhko Sazaa Aur Adaalat Banalu”, I hope half of the passion gone into writing this line was used to enhance the screenplay more. Shiddat could have been a perfect entertainer.

No matter what flighty noises Shiddat makes in the course of its two-and-a-half hours, its heart isn’t always in the right place. At one point, the object of the hero’s affection says she feels like a 90s Hindi film heroine. She isn’t far off the mark. What the voice of Shiddat transmits is barely in sync with what its soul communicates. Like the two principal characters, they pull in different directions. Not a pretty spectacle.

That said, bad is what Shiddat is not. Yes, it is rather a very long attempt to show the same old Yash Raj-themed love story, but it is a one-time watch for people who are looking for good time pass entertainment. There is comedy, romance, many contrived emotional scenes and loss, but one can sit down and watch this fairly presented film.

Ever wondered what a film would have been like if it went on the way it began? Shiddat opens on a romantic note, with a madly-in-love couple exchanging undying vows at their marriage ceremony. And proceeds to move, tonally, from sentimentality to comedy to drama, and physically, from Punjab to Calais to London, with a three-year jump in time. It all happens quickly, and we are intrigued, which, as any storyteller will tell you, is half the battle won. And then the film starts going south, the unravelling is relentless, and there goes the other half.

Director Kunal Deshmukh has borrowed from the headlines before: like the Bombay floods with Tum Mile, or the 2000 cricket match-fixing scandal with Jannat. To an extent, the superficial writing problem exists in those films, too, but it isn’t as stark as it is with Shiddat, which has its heart in the right place but not nearly enough narrative depth to justify its 140-minute runtime.

What should be a cautionary tale on choosing your one-night stands with care becomes another lousy attempt to rehash the Dilwale Dulhania Le Jayenge formula by cooking up one implausible scenario after another, notes Sukanya Verma. Sunny Kaushal has a disarming air, which makes him watchable. But it doesn’t exempt him or the movie for propagating its ridiculous notions of love, modern or old-fashioned.

Two parallel love stories, and how believing with all your heart achieves love.