To make matters worse the film also presents some mumbo jumbo connection to the Vatican church and does it in a way that expects us to take it very seriously. This kind of narrative has been done many times, and in much better ways, so unless a horror movie offers something different in style or scope it’s bound to turn into a turkey, which ‘The Vatican Tapes’ sadly is. It’s a shame that this is the golden age of horror films, yet most of the products coming from the industry are so cheap and stale. Even if you’re looking for a timepass date movie, ‘The Vatican Tapes’ fails to deliver. The only respite is that it is not found footage.

Vatican Tapes now treads down a somewhat familiar exorcism-horror film path. While Hounsou is somewhat underplayed – seen in only a smattering of scenes – Scott and Amedori’s roles are fairly run-of-the-mill. Dudley however, injects her performance with the right shade of eeriness. Neveldine’s effective use of light combined with Joseph Bishara’s creepy score (he’s also scored Insidious and The Conjuring) is also noteworthy. But while there are a few appropriately scary scenes, the overall feeling is that Neveldine could have served up far more terrifying film if he’d pushed the envelope more, given the intense subject matter.

The rest of the film trudges along the same lines as any other exorcism film. If you are a horror movie fan, this film will not impress you. Mark Neveldine uses static-filled ‘Vatican Tapes’ to pump up the fear factor. The jump-scares are predictable. However, Olivia Dudley’s performance as the possessed woman will definitely give you the creeps. If you enjoy horror films, The Vatican Tapes can be what you watch this weekend. Even though the film treads along a very cliched plot, the final act is really good. If you need a break from romantic films, Vatican Tapes will amuse you..

Synopsis:A priest (Michael Peña) and two Vatican exorcists (Kathleen Robertson and Djimon Hounsou) must do battle with an ancient satanic force to save the soul of a young woman 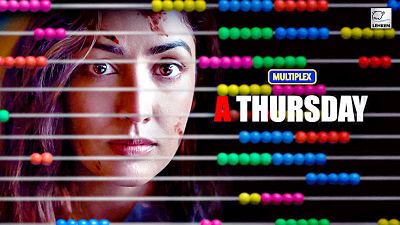