All is Well Movie Review Technical shabbiness is the film’s weakest link. There are plot glitches and dated touches. All Is Well lacks the cutting-edge sharpness or glittering depth of Umesh Shukla’s OMG. With its old-world feel, it’s not a cool cocktail but a teashop bun, dunked in sentimental tea. It could’ve been way better – but there’s some sweetness too in this simple treat.

On the whole, all is clearly not well with All Is Well. With little to offer, it will fail to make its mark at the box-office. If it still manages to control the losses of the persons associated with it, it will be due to the handsome price it has fetched for the satellite rights (pre-sold).

At one point in All Is Well, Bachchan picks up Rishi Kapoor and carries him on his shoulders. This is the big ‘moment’ of the film, clearly, the Shravan Kumar moment which shows the prodigal son lifting the father. It is, however, a slow-motion mess, which is made further farcical by Rishi Kapoor, while hanging from Bachchan’s left shoulder, trying to pat the younger actor’s back a few times.It’s a tell-tale gesture; This isn’t encouragement, it’s a fine actor giving up on a bad film. Rishi Kapoor’s tapping out.

All Is Well is obviously built on the myth of Shravan Kumar, celebrated for his devotion to his parents, ends with two weddings, one planned out to the last detail, the other accidental but facilely opportune.For audiences that are disposed towards accepting the kind of climactic twists that All Is Well fabricates – the most ridiculous of which is saved for the very last – the film might pass muster as a one-time watch. For everyone else, it would be too much to digest even at a generous stretch.Be that as it may, All Is Well is, well, anything but a completely squandered effort.

It’s sad to see Umesh Shukla coming out with this, after the delightful ‘Oh My God’ and as for the writers, (Sumit Arora and Niren Bhatt), perhaps if they had read up a bit more on Alzheimers, they would have written about this dreaded condition a bit more sensitively.

Whoever named this film must have a great sense of black humour, because the only thing ‘well’ about the film is its title. As for the rest, it goes beyond all notions of wellness. In other words, terrible. Plot? Non-existent. The jokes? Screamingly unfunny. Rishi Kapoor doing ‘su-su’, singing ‘aiyi-aiyi-aiyi’? Groan.

Absolutely not! Nothing is well in All Is Well. It is a complete waste of great actors like Rishi Kapoor and Supriya Pathak. Save your money and your soul; give this one a miss!

Umesh Shukla, who directed 2012’s Oh My God! starring Akshay Kumar, cannot in any manner repeat the box-office returns of this film. Shukla tries to give a contemporary turn to the character Shravan, the perfect son from the epic Ramayana. He ends up creating a road trip that keeps going round and round till the viewer’s head is seriously spinning, when suddenly the end is near.The only good thing about the film is it ends in two hours (phew!). All is not well with All Is Well. Watch it at your own risk. Better still, wait for one of the bigger channels to announce the world TV premiere.

This Bhushan Kumar and Shyam Bajaj produced comedy of errors was a mistake to back from the early stages of its script. To finance this film and bring it to big screen is a fool’s exercise that will probably not end well for anyone associated with such a project. Take our advice and the money spent on this weekend’s movie outing is perhaps best spent on charity instead. Believe us, you will be doing yourself a favour.

Name:  All is Well 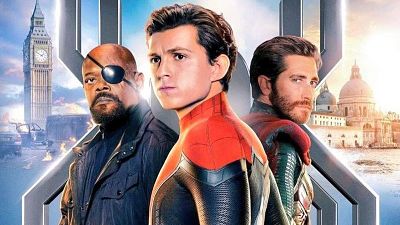