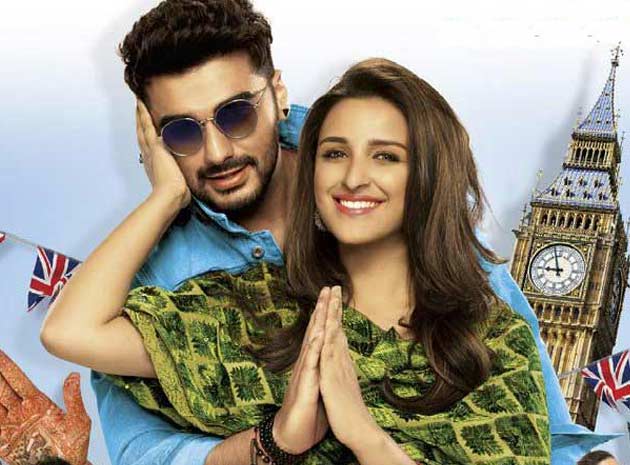 I’m not sure there’s a word in the English dictionary that can accurately convey just how boneheaded the characters in Vipul Shah’s Namaste England are. This is a movie about stupid people who do stupid things while stupidly trying to convince themselves and others that they’re doing it for love.It’s hard to apply a traditional rating yardstick to a film that’s bereft of logic, one that possesses not even a modicum of common sense or plausibility. I’m going to skip rating Namaste England. Yes, this is that kind of awful film.

An insufferably infantile drama about a married couple separated in the silliest of ways owing to the woman’s desire to settle in London and get started there as a jewellery designer, Namaste England, produced and directed by Vipul Amrutlal Shah, steers clear of any semblance of logic. No scene, line or moment in the film makes any sense at all. It scrapes the bottom of the barrel from the very outset. But if you think that it can’t get sink any lower than that, you’d only be underestimating the film’s penchant for unalloyed bilge.

Namaste England drags after a point. You neither sympathise with the actors nor empathise with them. I won’t recommend you to go through this one. Instead, watch Namastey London once again!

In 2007, Shah had come up with Namastey London, in which Akshay Kumar got to tell a bunch of Brits how great India really is, and how wise Katrina’s Jaaz aka Jasmeet was to prefer a large-hearted ‘desi munda’ over a stupid ‘gora’.This week, Shah’s new film, Namaste England attempts at telling exactly the same story, with a different set of actors. Namaste England is just a plain bad film, in which the ‘desis’ who live in the UK are poor misguided souls, and the real ‘desis’, especially those from good ‘ol Punjab, will rescue the world.

The loose direction, tepid interaction between the leads, an immature premise, dull locations, and Jasmeet and Param’s illogical actions are exasperating. Namaste England is so dated in its ideas, storytelling and design that it even makes a stimulating city like London look rusty.

Love makes you do strange things and sometimes the unconventional too. But, getting embroiled in illegal immigration for the sake of your love, does seem a bit far-fetched. ‘Namaste England’ is the story of a happily married couple who get caught up in a strange adventure. They want to relocate to London, leaving behind a comfy life in Punjab, just because the wife, Jasmeet, isn’t allowed to have a career. The seemingly progressive couple, take some bizarre decisions in life, ones that actually take their relationship to a breaking point. The story does have an underlying message, but the lackluster writing and direction aren’t able to explore the true potential of the film.

Namaste England, which is set on the same lines of 2007 hit Namastey London, gives you a deja vu feeling of having seen it all before, you know what’s going to happen next, yet you refuse to give up on it. The Vipul Shah directed romantic drama featuring Arjun Kapoor and Parineeti Chopra evokes same exact sentiments.

Ritesh Shah and Suresh Nair’s story is very weak and silly and rests on a wafer thin plot. The story has too many flaws. Ritesh Shah and Suresh Nair’s screenplay is juvenile and does nothing to hide these glitches.On the whole, NAMASTE ENGLAND is an extremely poor fare and is riddled with a terrible script and a juvenile screenplay. At the box office, it will face a tough time and will not find favour with the audience.

Param (Arjun Kapoor) and Jasmeet (Parineeti Chopra) fall in love and they get married. Their perfect romance gets disturbed by Jasmeet’s suppressed ambition however. She has dreams of going to London so that she can pursue her career and bud a better life for herself. But Param isn’t able to get a visa and that creates some high drama in their love life.