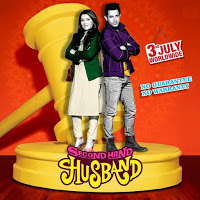 Punjabi superstar Gippy, who debuts in Bollywood with this film seems overwhelmed by the seniors around. He seems comfortable playing second fiddle to Dharmendra. Govinda’s daughter Tina Ahuja too makes her debut here. She is confident, looks good but needs a meatier role to make her mark. Geeta Basra is pleasant in her new desi avatar. Harbhajan’s cameo towards the end works in the film’s favour as well. If you do not expect comedy to be too clever, you won’t mind this old-school chaotic caper.

Smeep Kang’s direction is fair. While he handles the comedy in the Rajbir track well, he is unable to do much in the Ajit Singh track. On the whole, Second Hand Husband is funny only in parts and will, therefore, not work at the box-office. It will flop.

Second Hand Husband may not exactly knock your socks off like Piku and Tanu Weds Manu Returns did but it’s a film devoid of pretences (if you can overlook the film’s gender politics and certain continuity fails) that entertains in parts.

the film revolves around a young man who tries to get his ex-wife married off so that he can tie the knot with his girlfriend. Even at a very superficial level, this is one storyline that appears to be confusing and outlandish to say the very least.To sum up, ‘Second Hand Husband’ is not a film but an ideal recipe for a splitting headache. Watch it only if you want to punish yourself for all the sins committed in your last life.

In spite of the handicaps, the film manages to largely entertain, because of its child-like naive approach and also largely due to some intermittent funny dialogues (written by Vaibhav and Shreya Srivastava).

It doesn’t take long for writers to run out of ideas on a flimsy premise. There are only so many laughs than one can draw from the foolishness and morally- depraved ways of the characters. Even the foreseeable, crowd-pleasing cameo towards the end can’t save this film.

Within the first few scenes, it was clear that Tina Ahuja was a no-hoper. And that Grewal should go right back to doing what he does best. The rest are no better. Alok Nath sports an ingratiating grin. Ravi Kissen shouts at earth-shattering decibels. Rati Agnihotri appears off colour. Vijay Raaz seems to be the only trying to keep a straight face and struggle through. But what really broke my heart was Dharmendra. He has to play an ageing roue, coming over all creepy and flirtatious with women young enough to be his grand-daughters. And the way he is made to go about it makes him look scarily like one. No film is allowed to do this to He Man Dharmendra, First Rate Hero. No, just no.

Synopsis: Gurpreet and Rajbir are in love and want to marry each other. The only thing stopping them is the alimony that Rajbir has to pay every month to his ex-wife, Neha. Gurpreet, being a lawyer, is aware that the alimony needs to be paid only till Neha gets married to somebody else. Thus, begins the two lovers’ journey to find a suitable groom for Rajbir’s ex-wife! 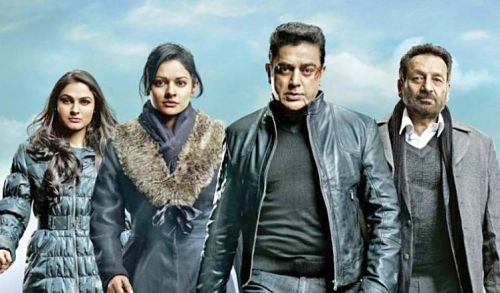