First Tuesday had a further drop in collections of around  20% from Monday.

Movie is the biggest  disaster in Bollywood ever.

Producer figure not shared for this movie.

As per Trade figures First weekend box office collections are 7th Highest of 2015  behind Gabbar is Back, Baby, Roy , Piku, Badlapur  and Tevar.

Bombay velvet will have some of the highest losses seen in Bollywood.

Bombay Velvet had an average second day at india box office.
On its second Day Bombay Velvet  was flat and did not show any growth and collected only slightly higher than Friday.

This movie starring Ranbir Kapoor, Anushka Sharma and Karan Johar is the biggest budget movie of 2015 and got a wide release on 2600 screens.

Bombay Velvet had very high expectations because of its scale however the resulting box office collections are disappointing to say the least.

What was disappointing was that this was Ranbir kapoor’s one of the worst openings in recent years so there was no signs of a star pull which is a worrying factor for Ranbir.

However after the double experimentation with the Kashyap brothers (Besharam and Bombay Velvet)  Ranbir Kapoor returns to his original set of directors and with his successful pairing with Deepika in Tamasha which will become a lithmus test for him. 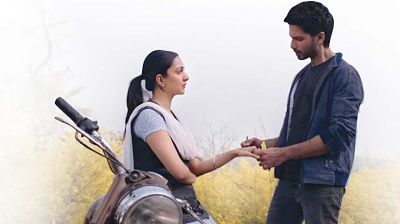