The glaring glitch here is that the movie cannot be credited for novelty. From style to story, it fails to bring anything new to the Korean flick Couples on which it is based. The cumbersome task of changing the game is on the actors and it is only Hashmi and Mehra whose performances work as the saving grace. Gunjan Malhotra who was great in Tevar earlier this year is absolutely wasted. Though it falls short of being an incredible movie but the unique style of narration, makes it pleasantly watchable.

it’s like a grand mela of wooden exhibits. Only Gunjan Malhotra, who played Arjun Kapoor’s sister in Tevar, displays some spunk in a thankless part.At some point, a character whines about how people excuse themselves under the pretext of going to the washroom and never return to him. Badmashiyaan is one such excuse.

One consistent thought that you get while enduring this immature, supposedly funny, too clever for its own good film is ‘what the hell is happening?’ and that thought stays with you even after it’s over.

With con-game as the backdrop, BADMASHIYAAN as a film fails to keep up with the audience’s attention beyond a few minutes into the film. Though there are a few laughable moments, as the movie progresses, the jokes start falling apart. On the whole, BADMASHIYAAN is a shabbily made ‘not so funny’ entertainer that is worth giving a skip.

Spare yourself this long weekend from this movie. You could do lots of fun things and even actually fall in love rather than sit through a film that is all but a facade of love. 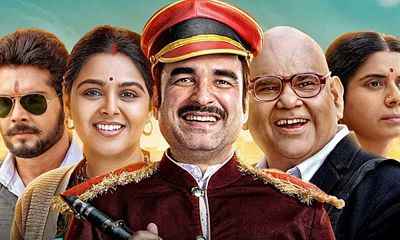