Home » Featured » What If (The F Word) Review 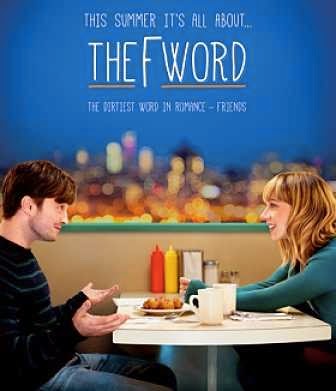 What If (The F Word) Movie Review

What If isn’t particularly memorable; this isn’t a film that’ll stay with you long after you’ve left the cinema. But it’s a pleasing enough watch with plenty charming moments. You’ll even forgive the predictable plotting because the actors steal your heart. I’m going with three out of five. Give it a chance, you won’t regret it.

Radcliffe plays the sensitive, semi-nerd role so well that during some tender scenes, you will actually empathise with this underdog and want him to have his ‘happily ever after’ ending. Kazan’s Chantry, who is torn between her successful boyfriend and Wallace, depicts this dichotomy without melodrama. Delightful but somewhat un-memorable, the energy of the film lies in the push-pull conflict between the two protagonists handled deftly by Radcliffe and Kazan – the whole question of love that cannot be…and hoping against all odds that it can

What If features some beautiful art direction and cinematography but is wanting in scenes that leave an impact on the viewer. The story flows a little too smoothly, a little too conveniently, for there to be room for mystery.However, it thankfully does not replace logic with ‘the power of love’ or any other such nonsense, choosing to set the film in the real world where there are (at least) two sides to every story and people are still responsible for the consequences of their actions. A fairly enjoyable way to pass an otherwise free afternoon, What If attempts to be different from the rest in the genre but fails to leave a mark.

Watch it for the perfectly simple story, the cinematography, the music and the feeling of love. It’s also a great change to see Daniel Radcliffe slowly moving away from all the fame he amassed while playing the boy-wizard, Harry Potter, into more serious, mature roles. If you’ve been a fan of the films penned by Nora Ephron, then consider this a tribute of sorts.