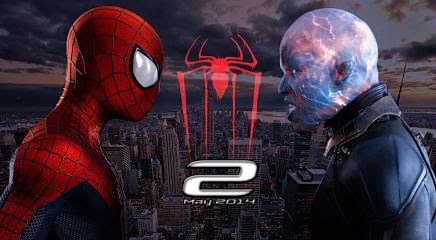 This is equivalent to Rs 50 Crores Nett across all languages

English version has done better than dubbed version for this movie.

After a record opening day Movie dropped on day 2 and the trend is downward since then especially for dubbed versions.

As per Sony pictures Movie collected 41.9 crores or $6.9 Million gross equivalent to around 32 crores nett in its first weekend . This is only slightly ahead of previous Amazing spiderman’s collections in India and is the highest ever weekend for a hollywood movie in India.

Amazing Spiderman 2 has a total worldwide gross of $369 Million

Thursday was a partial holiday across India and this being sequel to a very successful hollywood movie the expectations were higher.

This was the Hollywood  movie with the highest expectation in Indian trade due to success of original though their are other major releases.

300 rise of en empire is the best performing hollywood movie in India this year with a gross of $6,560,319 ( Rs 40  crore) from India itself as per official studio numbers.

Till date avatar is the only Hollywood Movie to break the 100 crore mark in India with a $24 Million gross from india.