Less cheesy than Clash of the Titans, yet equally hard to take seriously, Immortals is directed by Tarsem Singh whose brilliant visual style is easily the film’s calling card. Immortals is far from unwatchable, thanks mostly to its arresting visuals and a thrilling climatic battle scene in which Theseus charges directly into Hyperion’s army, slicing, dicing and stabbing his way through his enemies. To be fair, the 3D is immersive, and it enhances the film’s detailed production design. But it’s ultimately a clunky film that takes itself a little too seriously for its own good. I’m going with two out of five for Immortals. It’s s**y, sure…but just not enough to drop everything you’re doing and head to the cinema.

Theseus, should have added adequate spice to the proceedings. But the problem with Immortals is its garbled screenplay, its lacklustre, almost lifeless action cuts, making the film end up as a pale shadow of the mesmerising 300. Heavily imbued with mythology, the film fails to connect. And the fact that Frieda pitches in a frozen act makes you feel miserable.

While sitting through Immortals is no Herculean task, trying to find entertainment in its first half, which weakly sets up the story, is a Sisyphean one.While the film puts across the Hellenistic penchant for guts (reasonably well-spewed) and shield-thumping, oath-chanting glory, it doesn’t seem to imbibe its innovations in drama and character development.

Previous ArticleOh My Friend Review (Telugu)Next ArticleAdventures of Tintin: The Secret of the Unicorn Review 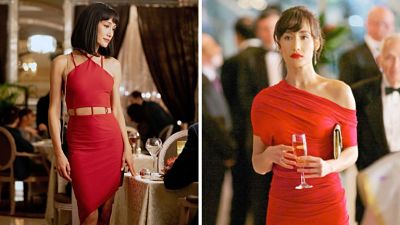