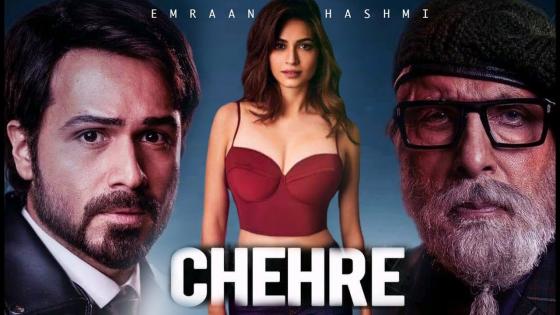 Captivating screenplay + wonderful performances by the principal cast makes #Chehre an interesting watch… Director associated with comedies – springs a pleasant surprise with a dramatic thriller.opts for an unconventional theme, which tends to get verbose and talk-heavy after a point… But the plusses outnumber the minusses here, especially the moments between AmitabhBachchan, EmraanHashmi and AnnuKapoor… Also, the climax twist is a big plus.

On the whole, Chehre is a well-made and well-enacted film with a story which is very different. But it will find more viewers among the classes because of the very nature of the script. Patronage from masses will be limited. The cold title, lack of hit music and limited promotion will also tell on its box-office performance.

All said and done, Chehre could’ve easily been recognised as a film coming from the school of movies like Aamir, Table No 21, Pink, Badla and even Article 15 (to some extent, but its structure lacks two major things all of the above films had – ‘a good second & third act’. A good yet misdirected attempt!

Chehre aims to make a social commentary on the state of criminal justice in India. The idea at the outset is interesting, but it stops at just that. The film turns out to be a preposterous courtroom drama that feels longer than any longest-running lawsuit.

Chehre aims to make a social commentary on the state of criminal justice in India. The idea at the outset is interesting, but it stops at just that. The film turns out to be a preposterous courtroom drama that feels longer than any longest-running lawsuit.

Credit goes to the film’s actors for making its patchy writing work; that a star hierarchy isn’t in place amongst the retired characters testifies to their commitment to a good part. The film is theatrical making you wonder if a good play adaptation might do its concept more justice. Jaffery and Ranjit Kapoor set out to write about social behaviour and the rush of ambition over morals. But too much writing and too little plot makes you wanting for so much more from this film. Those who enjoy watching actors that complement one another and have a thing for the theatrical, Chehre is worth catching in movie theatres, with a mask on.

Chehre is wholly dominated by Amitabh Bachchan from the word go. A tall, handsome, prominent figure trying to prove just how he is too good for the modern law structure in the country – Bachchan as Latif is both calculative and manipulative.Chehre is a lost opportunity. It is unconventional but lazy. As if the actors there are performing for theatre, not for the screens!

On the whole, CHEHRE is a well-made film which rests on a unique plot and bravura performances. However, due to the lengthy second half and the experimental nature of the subject, the film will appeal mainly to the multiplex audiences.