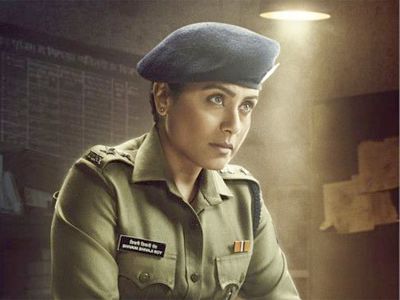 The film is intended, no doubt, as a wish fulfilment fantasy. It holds up a mirror to our times when crimes against women are an unfortunate reality. Shivani delivers on screen the justice that has proved hard to come by in real life. I’ll leave you to decide how you feel about that messaging – it’s complicated.Ultimately Mardaani 2 benefits from the strong performances of both Rani Mukerji and her young co-star Vishal Jethwa. It’s brisk, slickly shot, and plays to the gallery. I’m going with three out of five

On the whole, Mardaani 2 is a definite box-office winner. It will also win critical acclaim. It may have taken an average start but collections are bound to pick up because of strong word of mouth.

Some things are a given in the Mardaani franchise – like a proficient performance from Rani Mukerji, who is a consistently watchable and skilled actor. Like the vicarious joy you feel when the no-nonsense cop she plays, Shivani Shivaji Roy beats bad guys to a pulp. And the inherent satisfaction the film provides because awful men are punished for their heinous crimes against women. It doesn’t happen enough in life so it feels good when it happens on screen. But the question is – is that enough?

One drawback in the script is that Rani Mukerji’s character responds more to hunches than to any special powers of deduction. The killer leaves too many clues around for any real mystery to be generated over the nature and motive of the crimes he commits. Yet, thanks to the solidity that the lead actress lends the film and the support she receives from the antagonist, Mardaani 2 is never less than riveting. It steers clear of any narrative device that might undermine its intent – and that is where its power lies.

Shivani Shivaji Roy, at the end of 2019, is a necessary protagonist. We need more strong female leads in our movies. We just don’t need them to be surrounded by misogyny and dialogues which lead the audience to cheer when the men mouth lines which aim low. Why does a film need to be so on the nose even in this day and age? Why can’t we take some supportive characters, including men, for granted? Why does this wheel need to be reinvented every time? Is it because the filmmakers don’t trust the audience or do they know that their viewers like a redemptive arc for their women only after they’ve been at the receiving end for nearly the whole film? That only after suffering a great deal, they can get to hit back?

The film also tends to stereotype its male characters, portraying almost all of them as misogynistic and insensitive towards the plight of women. However, it’s the conviction in the performances and a gripping narrative that ensure there’s never a dull moment in Mardaani 2. Yes, it is a brutal story that’s sometimes hard to stomach, but it needs to be told. And none better than Rani in a khakee to lead the show.

Mardaani 2 is interesting though some it lacks in nuance or layers. At times, the horror of rape and a medieval mindsets take a back seat as the director tries to make it a procedural with the focus on the techniques employed by Shivani to nab him. Unlike Pink which never lost its underlying central theme of consent despite being a courtroom drama, here the goalposts shifts from a hard-hitting crime drama to a hard-hitting statement of empowerment. But perhaps that’s a good thing as Shivani is shown to actually making efforts to crack the case and prove the crime and not just bump off the alleged criminal. The climax gives into the popular sentiment of violently punishing rapists.

‘Mardaani 2’ is a must watch for those who feel helpless upon reading reports of crime against women. It might be a bit over the top at times, but the narrative technique works well for this particular genre. With a run time of just under 2 hours, ‘Mardaani 2’ will keep you hooked from the first scene till the last. We’d highly recommend you watch it – whether you are a feminist or not.

While Mardaani, the original that introduced us to Shivani Roya’s quest to flush out a child trafficking kingpin, was real, searing and raw. While Mardaani 2 may seem contrived with Roy drumming up pop-feminism at every turn, there’s enough suspense to keep us engaged. If a movie is as good as its villain, the world should sit up and take notice of Jethwa. His unhindered killings may raise a brow, but he chills our spine with his unhinged, barbaric act. Mardaani 2 is suitably sobering, but you cannot take your eyes away from it.

Shivani Shivaji Roy locks horns with the devil incarnate, a young and remorseless serial killer who is raping and murdering young women.