A combination of Hemsworth, Theron and Chastain would seem like a fairly powerful cast line-up. But in this case, their collective talents seem to be a tad squandered on something that parades as great visual candy (read: costumes and scenery) some special effects (but of course, as a film like this would ride on that) but not very much else.

What happens when a studio pillages the depths of a broken pile of unoriginality? What happens when it decides on making a sequel to a mostly forgotten film that is also a shining example of all that is wrong with Hollywood’s obsession with darkness and grit? What happens when the movie includes not one, not two, but at least three of the worst ideas it could bear?I’ll tell you what happens. The Huntsman: Winter’s War happens.

Since the logic of the franchise never allows corpses to crumble to dust, Ravenna too returns as the pantomime queen. Blunt’s chilly performance is a welcome foil to Theron’s histrionics, but the bond between the sisters is about as convincing as the icicle-laden romance between Eric and Sara. Chastain is miscast as a woman of arms, and Hemsworth mumbles his lines in his attempt to affect a broad English accent

Betrayed by her evil sister Ravenna (Charlize Theron), heartbroken Freya (Emily Blunt) retreats to a northern kingdom to raise an army of huntsmen as her protectors. Gifted with the ability to freeze her enemies in ice, Freya teaches her young soldiers to never fall in love. When Eric (Chris Hemsworth) and fellow warrior Sara defy this rule, the angry queen does whatever she can to stop them. As war between the siblings escalates, Eric and Sara unite with Freya to end Ravenna’s wicked reign.. 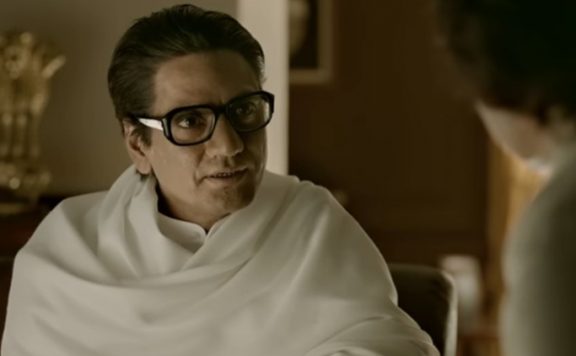