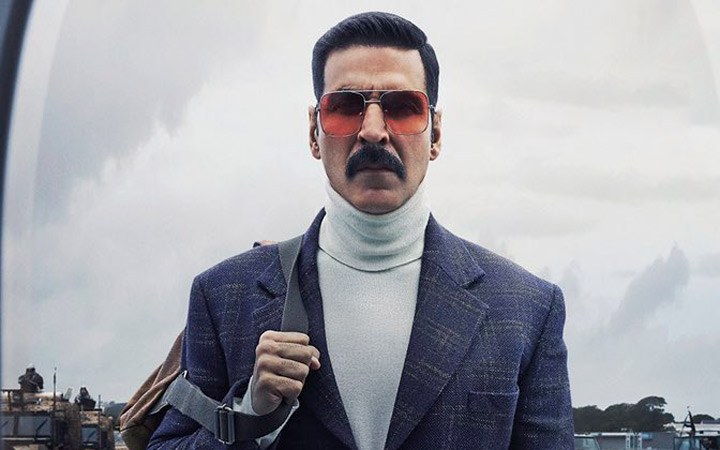 BELL BOTTOM starts off with the hijack episode. The entry of Akshay Kumar is superb. The flashback portion are fine; it might seem to halt the narrative but it helps audiences in understanding Bell Bottom’s past and why he joined RAW in the first place. The intermission point is clapworthy. The second half is where the agents reach Dubai airport and try their best to succeed in their mission. A few places, the film slips and drags but it picks up very well in the middle of the second hour. Two twists in the tale at this point adds to the fun.On the whole, BELL BOTTOM is a complete entertainer meant for the big screen. Kudos to Akshay Kumar, Vashu Bhagnani and the entire team for pulling off a film of this scale in the pandemic and also releasing it when cinemas haven’t opened everywhere. Definitely a step forward as far as the revival of the film industry is concerned.

On the whole, Bell Bottom has an ordinary first half but a fairly good second half. It is definitely not a breathtaking thriller, but it will do fairly well at the box-office. It will also get the advantage of being the first big star-cast and big-budget film to hit the screens in 17 months. Notwithstanding the fact that most of the states have permitted cinemas to operate at only 50% capacity and with other restrictions, and also that cinemas in Maharashtra are still shut, the business of the film will be quite good.

One thing which it does different, from the films seen before on similar lines, is having an uncompromising focus on developing the plan for a mission. We’ve seen multiple movies taking a different route of brushing through the planning process and focus on the execution. But here, the story takes you step by step to understand the process of the film & leaves you on a high note with the implementation.All said and done; I couldn’t have asked for a better film to resume my big-screen journey with. You can’t even expect less than a ‘home run’ when Akshay Kumar plays on his home ground.

Akshay Kumar film is a let-our-hair-down-caper which embraces its upbeat, silly spirit, and turns it into a worthy outing for the big screen in these Covid times.It is fashioned as a racy, pacy entertainer from start to finish, and never loses sight of its objective, exaggerated situations and characters happily to the fore.

Overall, the film has its flaws, but it doesn’t fail to entertain. ‘Bell Bottom’ lives up to the charm of a Bollywood, big-scale commercial film that deserved to be released on the big screen. And, of course, the fact that this film marks the reopening of theatres after months of shutdown due to the second wave of the pandemic, moviegoers can treat themselves to a grand cinema experience with this one.

Some issues with the climax, camerawork and 3D aside, Bell Bottom is underlines quality in every frame on the back of razor-sharp direction, to-the-point writing, crisp editing, an adrenaline-pumping background score, some stunning twists, seeti-maar dialogues, and one of Akshay Kumar’s career-defining roles. I’m going with 4 out of 5 stars.

Bell Bottom has its flaws. Clutched in the hands of moral parity, shabby compromises and exhausted vanity, the first half of the film appears sloppy and sluggish. But as soon as you return from a break after the interval, it picks up delivering some whistle worthy punchlines that often manage to evoke laughter. To sum it up, Bell Bottom has a brazen and justified confidence in its narrative that you cannot help but be charmed about. It is worth a chance in the cinema hall but don’t forget to take safety precautions.

Finally, is it entertaining? Yes, as much as any Akshay Kumar film. Add to that the thrill of watching a film in theatres after what seems like an eternity and 3D-viewing, and you have a winner. Ultimately, we’re just happy that we’re a step closer to being business as usual at the movies. 3.5 out of 5 stars for Akshay Kumar’s big return to the big screen.

An undercover agent code-named Bellbottom embarks on a covert mission to free 210 hostages held by hijackers.