There is no drama there . Panchayat is not about cliffhangers and you will not binge watch the show because you are dying to see what happens next episode. This is a sleepy village and nothing much happens but you will keep going because you are so invested in the characters. It is an affectionate portrait of a life many of us don’t know enough about. I really Like Panchayat and so will you

It takes about two episodes to figure out what exactly is Panchayat trying to say, but once you decode that, it is quite a pleasant watch. It’s not trying to show the dark underbelly of the Indian rural setup, nor is it trying to point the inherent sexism, the skewed gender dynamics and caste hierarchy inherent to the region. It does nod at all of this, sans the chest-thumping and preaching from a pulpit and still leaves us with a happy afterthought, that all is not lost.

The small-town/village drama from the Hindi hinterland has almost peaked in films, even web-series, over the last five years. But go deeper and there are a gazillion stories waiting to be told. They need not be extraordinary, but isn’t that’s what life is about -finding the interesting in the ordinary. Created by The Viral Fever (TVF), Amazon Prime Video Original, Panchayat, an eight-episode series, through the journey of city-bred protagonist Abhishek Tripathi (Jitendra Kumar), sketches the life in a village and tries to build on instances that may seem inconsequential but are important to those living it.

Watch Panchayat because it might reintroduce you to rural India that revels in its uniqueness and eccentricities, and laughs at us urbanities who take ourselves too seriously. Watch it for its humour, acting and Raghubir Yadav, who we need to see more of now that OTT platforms have so much good content to offer. And watch it to understand that governance, whether on a village level, state level or national level, can throw such curveballs, that sometimes the only way to deal with it is to sit around a tree and talk it out over chai and petha!Panchayat is currently streaming on Amazon Prime India.

Panchayat, a web series created by TVF (The Viral Fever) which just dropped on Amazon Prime Video, is a detour to rustic simplicity from the urbane slickness of their previous shows like Four More Shots Please, Inside Edge or Made In Heaven. But this is no hinterland crime special like Mirzapur. In fact, far from it. Panchayat is where India meets Bharat and a series of Malgudi-Days-like village adventures start right off the bat.City-slickers, small-town audience or country hicks, whichever category you may fall in, Panchayat is a must-watch for those who enjoy India stories.

The first season of Panchayat, TVF’s new web series that is being streamed on Amazon Prime Video, crackles with promise in its early episodes. Written by Chandan Kumar and directed by Deepak Kumar Mishra, the series quickly sets up its principal characters and solidly establishes their personalities and their personal dynamic. The strong foundation helps when the rest of the episodes prove to be of varying quality. Panchayat is often so light that it slips out of grasp, but the characters are lovable, the cast is excellent, and the gentle humour lands firmly home. Eight episodes whiz by before you realise it.

Go ahead and watch Panchayat, it’s exactly the kind of moonlight we need in such hardy-shady times of a pandemic and lockdown. It’s a must watch for all those who love to see the real India in all its glory. 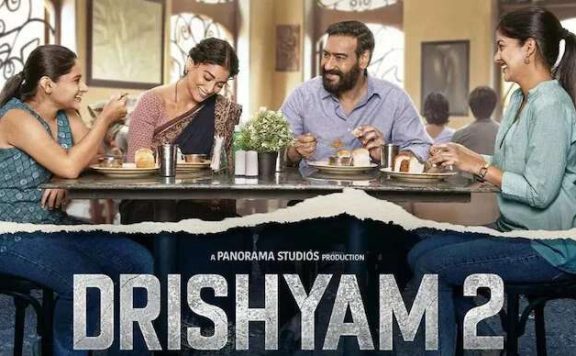