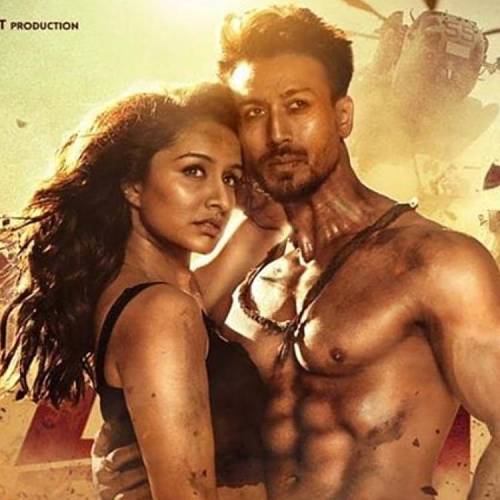 Well-packaged *mass entertainer* that will roar at BO… Action is its USP and #TigerShroff, the soul, one-man army… #Riteish, #Shraddha in good form… Another HIT from #SajidNadiadwala-#AhmedKhan combo. #Baaghi3Review

Even by the abysmally low standards of the first two films in the franchise, Baaghi 3 is a shit show. It’s a film whose plot is so far removed from common sense and basic logic that you have to wonder what little regard the filmmakers must have for the audience.Like the tattered shirt that barely hangs off his ripped frame, Baaghi 3 hangs by a thread off its leading man’s strong shoulders. Tiger is the only reason the film isn’t completely unwatchable. I’m going with a generous two out of five, strictly for the cub who deserves the kind of material that’ll let him grow into the wildcat he’s clearly poised to be.

As I said in my Baaghi 2 review, Tiger Shroff is the platonic ideal of the Bollywood action hero. He makes outlandish situations exciting. But even he needs a compelling story to hang that action on. Otherwise all his hard work doesn’t add up to much. And we leave the theater feeling pummeled like those countless men he hits in this film.

On the whole, Baaghi 3 has great action to see it emerge a box-office winner. It will not prove to be a blockbuster but it will pay handsome dividends to all concerned. It is yet another film which will comfortably join the Rs. 100-crore club.

The third entry in the Baaghi franchise, woven around a screenplay that smacks of silliness all the way through, is cut-rate comic-book fare that is a world unto itself. It is a universe where common sense is like the bullets that Ronnie dodges – it is all helter-skelter.Tiger Shroff does have broad shoulders. But they aren’t broad enough to enhance the weight of a film as unashamedly flimsy as Baaghi 3. It is worse than a mere misfire. It is a damp squib.

The only reason for Baaghi 3 to exist is this: to showcase the amazingly ripped bod of Tiger Shroff, who is poetry when in motion, and faltering verse when there’s emotion. You’d think that combo would be just fine for a film which takes its ‘kuchh bhi’ attitude when it comes to plot points, with as much seriousness as it does it’s relentless focus on our lithe hero who flows over multiple baddies in multiple locations, straddling planes and automobiles and, yes, tanks, to stand before us, bloodied but unbowed.

On the whole, BAAGHI 3 has a terrific combination of Tiger Shroff’s powerful performance, superlative action and stunning visuals. At the box office, it will surely appeal to its target audience – the Tiger Shroff fans and the audience in smaller town and cities who relish action entertainers.

Director Ahmed Khan throws in every trick in the book to make ‘Baaghi 3’ an action entertainer with elements that highlight his leading man’s brute force and deadly machismo. Tiger Shroff, who is clearly one of Bollywood’s most bankable action stars, delivers a knockout blow in the high-octane action scenes.There are ample of slo-mo shots, deafening explosions and lethal punches in ‘Baaghi 3’. But none of it can rise beyond a weak script that doesn’t go for the kill. Knock yourself out only if you’re a diehard Tiger Shroff fan.

Nobody signs up to watch ‘Baaghi 3’ for a cerebral, intelligent-viewing experience, but to see gleaming torso of Tiger Shroff do impossible stunts with those muscles fists. He seems to be modelled after fading Hollywood’s cult action hero ‘Rambo’. Director Ahmed Khan takes such cartoonish liberties that you mind boggles at the nonsense that’s being hurled at you. Apart from the impressive stunt sequences and nuggets of humour that lands, there’s very little working for ‘Baaghi 3THE VERDICT: Unless you want to tear your hair out in frustration at the cinemas, duck this crazy cinematic missile. It’s a misfire from the word go.

A man embarks on a bloody rampage to save his kidnapped brother.