There is much to admire in Batla House but the film is ultimately betrayed by its own prejudices. In one scene Sanjeev wakes up from a nightmare in which he’s mobbed by men wearing skull caps. The film wants to be viewed as a complex search for answers, a nuanced, layered drama about an incident from the past whose central conflict is as relevant today. That sounds good on paper. In practice though the film is lacking in any complexity or nuance.I’m going with two-and-a-half out of five for Batla House. It’s never a complete waste of time, but there was potential for so much more.

On the whole, Batla House, abounding in action, is just about average in merits but it will do business that’s better than its merits because of the good start it has taken today (thanks to the double holiday for Independence Day and Raksha Bandhan) and on the strength of collections in North India as the audience there is fond of action films. The producers have already made a profit on the table while the distributors would break even.

What saves the day is a burst of full-blown melodrama. In the climactic courtroom scene, Sanjay gives a rousing speech and Rajesh Sharma as the defense lawyer hams to glory. He presents the students’ point of view. But make no mistake, Batla House isn’t a Rashomon-like investigation of many truths. The film is firmly on the side of the beleaguered cops and it makes its point with the subtlety of a sledgehammer. Which is why Batla House will satisfy John Abraham fans. Those biceps were not made for nuances. Viewers looking for a more layered exploration of izzat, farz, desh should probably go elsewhere.

Abraham is strictly one-note, which may be how dour cops are meant to come off, but it becomes same-same in a screenplay stretched to show off a well-muscled chest. Thakur who displayed a pleasing perkiness in Super 30, is at sea here. Chaudhary as a top cop comes off better. And Kishan, who livens up the film every time he comes on, is dispensed with much too soon.

Batla House held together by a steady and solid star turn by John Abraham, leaves you with a feeling that it had the potential to be an absolute humdinger. But stray flashes apart, the dramatised true story drifts too far from the heart of the matter without delivering the expected drama. All said and done, the lead actor delivers, so his fans have no reason not to watch Batla House.

Apart from a scene or two, in which Abraham plays to the gallery without any qualms, Batla House presents him as an able actor with good understanding of the milieu he is operating in. Just that, don’t look for legitimacy at every juncture.Batla House has ingredients to keep you engaged for more than 140 minutes, provided which side are you on—activists who still smell a foul play or police that claims to have not heard of anything substantial from Indian Mujahideen after that September encounter!

Nikkhil Advani’s ‘Batla House’ attempts to balance out the narrative without taking any apparent sides. And yet packs in the right dose of patriotism with the story of an honest ACP at its center. Paced as a thriller, for most part the film stays true to the genre. Batla House plays out as a taut film with the tension entwined throughout, leaving you with knots in the stomach.The brilliantly choreographed action and chase sequences ensure several edge of the seat moments. Where Batla House falters is in the second half, when the proceedings slacken with the court room drama slowing it down further.

Inspired by the 2008 Batla House encounter, this Independence Day action-thriller delivers on various counts. It urges one to consider the precarious position that encounter cops often find themselves in — the absence of sufficient evidence to back an operation dubs them trigger-happy brutes, while inaction can have the barrel turned towards them. But the film’s biggest achievement is managing to get John Abraham to convey his conflicted character’s inner turmoil.

Thumping background music accentuates drama, emotional angst and suspense. In true Bollywood style, a typical item number pops up as does a ballad. Yet Batla House feels burdened by its patriotic ambitions and by repetition (including numerous frames of police officers exchanging side-long glances). This pushes the running time to over 140 minutes, and comprises its core story with superfluous Bollywood-isation.Advani is most in form in the action scenes – shoot-outs and chase sequences — which is what one expects from the director of the finely made D-Day.

Batla House the film is inspired by the Controversial encounter operation which took place in Delhi in 2008, that raised questions across India. Was it a cover-up or a real victory for the Delhi police? Eleven years later, the truth is revealed in the real story behind the ‘Batla House encounter’. Batla House is a true story of a soldier, a police officer, a patriot but most importantly it is the story of a dedicated husband. 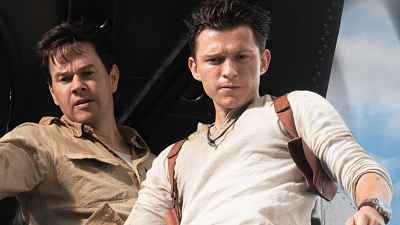