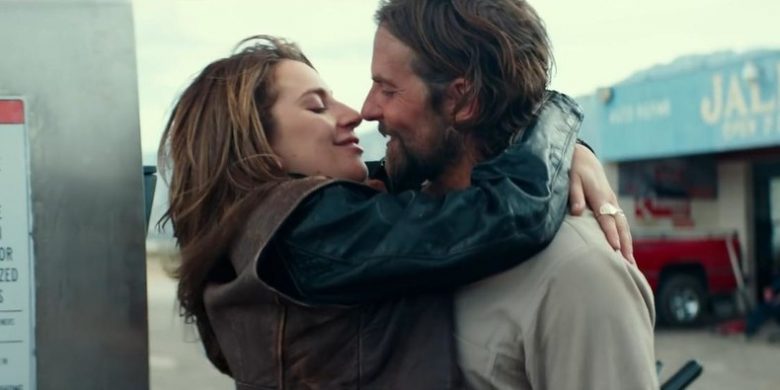 A Star is Born tells a story that many of us already know (especially those of us that have watched Aashiqui 2), but it does so in a manner and style that feels fresh and totally involving. Although it’s his first time in the director’s chair, Cooper reveals an assuredness while handling big scenes like the concert sequences, and also remarkable sensitivity in the more dramatic portions…like a scene between Jackson and his brother (you’ll know which one) that breaks your heart.I’m going with three-and-a-half out of five for A Star is Born. This is a film about love and music and dreams, and it’ll make you feel all warm and fuzzy if you succumb to it.

A Star is Born is a thing of beauty. It’s gorgeously romantic but also authentic and emotionally searing. Bradley Cooper and Lady Gaga are both brilliant and heartbreaking. The film is of course a love story but it’s also a portrait of creativity and commerce and the difficulty of protecting the former from the latter. Through the film, Cooper’s character Jackson Maine talks about the importance of having something to say. But how do you get the world to listen without selling your soul and becoming a cog in the star-making machinery? A Star is Born doesn’t push any cinematic boundaries. It isn’t edgy or provocative. But it’s emotionally rich and hugely satisfying. I’m going with four stars.

Despite being engaging throughout; the film feels a little stuffed with a run-time of over 2 hours. The numerous subplots also require ample attention, but some pivotal character beats get brushed over and don’t resonate as much as they should. This becomes evident especially around the second act, and a tighter edit would fine-tune the intended impact. Nevertheless, ‘A Star is Born’ has enough goose-bump inducing moments to shake off any hangovers of its predecessors, largely thanks to an astounding original soundtrack. Bradley Cooper has something new to say in this version, and Lady Gaga belts it out loud and clear to make this a definite contender in numerous categories during awards season.

The decision to keep the shots tight and close up most of the time pays off, narrowing down the larger than life story to a simple drama. The use of red in the lighting changes meaning from intimacy to dread to oblivion. We have had our dose of Aashiqui 2, but it has nothing on what Lady Gaga and Bradley Cooper bring to the table.

A Star Is Born is a remake that is good enough to stand on its own without the fear of comparison. But even if one insists on placing it alongside the earlier versions and judge it for impact, it will come out looking and sounding good. It is easy to go Gaga over this one!

A Star Is Born Story

Seasoned musician Jackson Maine discovers — and falls in love with — struggling artist Ally. She has just about given up on her dream to make it big as a singer until Jackson coaxes her into the spotlight. But even as Ally’s career takes off, the personal side of their relationship is breaking down, as Jackson fights an ongoing battle with his own internal demons.

A Star Is Born Release Date: