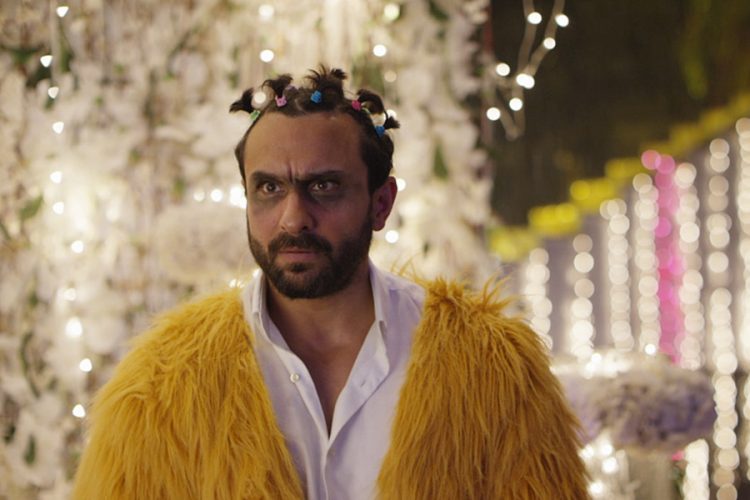 Kaalakaandi is especially thin on plot and purpose.Unfolding over a course of a single night in Mumbai, the film follows three separate narrative threads. Of the cast, Saif Ali Khan gets the best-written role, and he’s in top form, unfettered and clearly having a good time. He embraces the madcap requirements of the role, throwing himself into it completely. It’s a shame the film can’t keep up with him.I’m going with two out of five for Kaalakaandi. The humor is hysterical but never consistent. And sadly there’s not a lot more to it.

But the psychedelic, anything-goes vibe is hard to sustain and energy levels take a definite dip in the second half. I felt like Akshat has bunged in twists so he can wrap up the narrative strands. The movement becomes less seamless and the humour isn’t as consistent – though there is a killer moment with an avid Emraan Hashmi fan. Kaalakandi reminded me of another movie about one night in Mumbai – Sudhir Mishra’s wonderful Is Raat Ki Subah Nahin. But this film has an energy and texture that is uniquely Akshat.

Even as you continue to watch the film patiently, beyond a point, it’s nothing to write home about. You eventually sum up your thoughts on the film by borrowing the film’s expletive-laden dialogue —, ‘experimental ke naam pe chu*****’?

The film is primarily in English, with only two underworld underlings conversing in street-level Hindi peppered liberally with expletives. It is clear that Verma is fascinated by mavericks and misfits. But armed with the quality of his writing, he turns the freaky, freewheeling, fizzy Kaalakaandi into a human drama that explores life’s surprises, love, mortality, greed and betrayal. Kaalakaandi may not be for all palates, but the film has enough spice for those in the mood for an off-the-beaten-track Bollywood experience.

What would you do if you are faced with some terrible news? If you are Saif Ali Khan’s buttoned-down character in Kalaakaandi, you gulp down something small and red, and get slung out into the night. Kalaakaandi is a Marathi term for ‘mayhem’ (no, it has nothing to do with the sweet ‘kalaakand’), but there’s not enough of it, resulting in the film being more a no-stakes stroll, rather than a breathless roller-coaster. You know that ‘iss raat ki subah ho jayegi’.

Saif Ali Khan asks a woman after kissing her, “What is the meaning of all this?” There is no answer. If you are looking for meaning, lessons or even quirky laughter-inducing moments, Kaalakaandi is not the film for you. Though the film aims to show us the dark and bizarre side of people, life and especially the city of Mumbai; Kaalakaandi is a thriller at best and an attempted comedy at worst.

KAALAKAANDI’s first half is quite interesting and funny. The characters are introduced neatly and director Akshat Verma handles the multiple tracks well. Saif Ali Khan’s track takes the cake as it’s hilarious and brings the house down. The manner in which he starts hallucinating is very well done. Shockingly things go downhill thereafter. The film stops being funny and gets boring. Tara-Zubin’s track ends on a sweet note but this is not something we expect in such a film. Waris-Amjad’s track goes out of control and difficult to comprehend especially the way it ends. On the whole, KAALAKAANDI has a promising first half but goes completely downhill. At the box office, it has slim chances of becoming commercially successful.

Delhi Belly’s writer Akshat Verma levelled up to direct this one. He also has penned the script for Kaalakaandi and I must say he must be high on the same thing he was writing about. The story could’ve been on the Delhi Belly only if it had some purpose in it. There’s so much happening on screen yet you think why isn’t the story moving forward. I so wanted to like this movie and there are some mind-blowing moments in the film but you can count them on fingers.Kaalakaandi is just about Saif Ali Khan’s and his amazing performance as a recently turned stoner. Akshat impresses with his wild imagination but unfortunately when a film is bad not the biggest of the superstars can save it. Two stars!

“Kaalakaandi” is a Marathi slang for when things go disastrously wrong. The film is a dark comedy about life, death and karma.