DJ banks on the age-old concept of dushta sikshana (evil will be punished) and takes vigilante-like efforts for the common good. Reason? People have been left shaken by a scam that was masterminded by Royyala Naidu (Rao Ramesh).On the whole, Duvvada Jagannadham will entertain not just die-hard fans, but also the average moviegoer for serving up a heady mix of comedy, action and drama.

Here Allu Arjun acts as a Brahmin caterer but he is also on the mission to set things right in society and later takes on Agro Diamond scam. The story of “DJ Duvvada Jagannadham” is as simple as that. As cliched as the old mass movies! The characterization of Allu Arjun is similar to NTR Jr’s “Adhurs”. But while “Adhurs” was more comedy driven, this has serious tone with sparse comedy.Harish Shankar has left his stamp as writer than director. He is known for writing clever punch lines and he has many such here. But he has completely disappointed with his shabby direction.

The point is when you try making a new recipe, it’s not merely enough to have all the right ingredients. You’ve to know when to switch off the flame. In the end, when you think about this DJ, it just gets loud, louder, loudest. Thumbs down. But hey, Allu Arjun still dances like a dream!

Good dialogues can only do so much to help a mediocre script with average execution.Duvvada Jagannadham is a one-time watch for masses and Allu Arjun fans. For families, there are occasional fun moments, but that’s about it. At the Box-Office, Duvvada Jagannadham opened well, may end up as above average in India and lesser than average in overseas markets.

On the whole, DJ is an out and out Allu Arjun film to the core. The star hero is a major attraction and carries the film with his energetic performance. Pooja Hegde’s glamor, good comedy, and some mass elements will go supremely well with the masses. Collections wise, this film will do quite well as there is no big film coming up in the near future. Finally, if you ignore the routine story line, lag in the second half and keep your expectations in check, DJ ends up as a good watch this weekend.

Pooja Hegde has convincingly done the given job that is to look stunning in every frame of the film. Especially, she looks ravishing in all the song sequences. Rao Ramesh’s character that initially comes across as a clever antagonist, has been compromised just to benefit the DJ character. No other performances stand out in the film except Allu Arjun’s. It is a commercial entertainer made by the book and it works to some extent. And yes, composer Devi Sri Prasad’s music is a big plus and dance choreography is just the icing on the cake. If you can keep your expectations level low and watch the movie, it might just be the thing for a lazy weekend.

– Though Allu Arjun is decent in Brahmin role, he couldn’t go near NTR’s performance in Adurs. – Allu Arjun completely changes his style towards pre-climax, wears a funky hair style and dressing. – Subbaraju talking to his died mother idea totally derails the film. – Seeti Maar song is full of Bunny energy with stylish choreography. – Posani does a routine role. 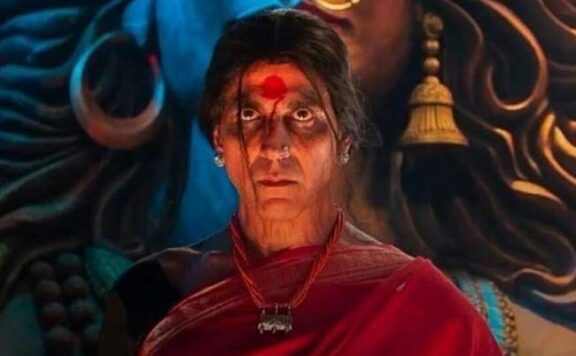