In the end, Doctor Strange is entertaining despite its formulaic plot, but will need more than just good humour and snazzy CGI to justify a sequel. I’m going with three-and-a-half out of five.It’ll be interesting to see what he brings to the next Avengers film where he’ll join the rest of the gang for what we can only hope isn’t merely another round of world-flattening destruction.

Ultimately, in a genre exhausted by noisy vigour, spurious brooding and overwrought CGI, Doctor Strange finds a rare balance between blockbuster de rigueur and playful ingenuity. Just when it looked as though CGI overkill has ruined the fun of spectacle, here comes a film that charms with its kaleidoscopic vision and meticulous combats. It’s unlike any other comic book adaptation I’ve watched in a while and, in the name of the Dread Dormammu, cannot wait to see more

All in all, Doctor Strange is a fun and trippy excursion to a place where Marvel rarely seems to go: that is, to the retinal roots of the comics. The story may be nothing to write home about, but the sights to be seen there – which put the “bullet time” sequence of X-Men: Days of Future Past to shame – are Instagrammable.

With the constant barrage of superhero films, one would think the eventual decline of caped crusaders is inevitable. That might (arguably) be the case, but the MCU shows no signs of releasing comic book fans from their spell, as ‘Dr. Strange’ elevates yet another relatively unknown Marvel character to top tier status, making it well worth a dizzying watch in 3D.

What makes the film interesting is Doctor Strange’s character and how the director, with all the technical brilliance, heaves the film notches up. The stunning visual effects with isometric and kaleidoscopic images are obviously outstanding. The computer generated images used in the film remind us how really important these are in the creation of powerful fantasy blockbusters. And, overall, “Doctor Strange” will appeal only to Marvel fans, for others it would be a rather outlandish entertainment.

All in all, DOCTOR STRANGE that apart from all the action also features some good one liners and some humorous moments offers a cognitive story of manipulative sorcery, clever screenplay, mind-melting action and mind-bending CGI brings to life the virtually unknown origin story of a superhero that isn’t quite one of the big league players in a spectacular fashion. Shot in IMAX, the film comes across as a visually stunning, entertaining worthy successor to the numerous superhero films before it. DOCTOR STRANGE is a big screen experience that is a must watch! Preferably on IMAX 3D. –

Brilliant, yet arrogant surgeon Stephen Strange (Benedict Cumberbatch), falls from grace after a car accident leaves him with broken hands. When conventional medicine fails to heal him, his search for a miracle cure leads him into a magical realm that defies the laws of physics, in the latest superhero entry from Marvel Studios. 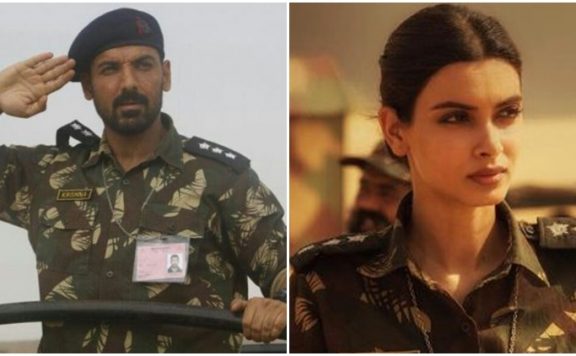