Monday to Tuesday fall in box office collections of Flying Jatt is another  22%.

Multiplexes didn’t support Flying Jatt as Tiger has been doing only mass oriented movies so far and lacks base there.

Single screens and mass areas have again supported Flying Jatt but not to as good levels as Baaghi as the content of the movie was more suited to family audiences and kids which frequent multiplexes more.

First week Flying Jatt  collections are trending to be at same levels as first week of Tiger Shroff’s heropanti when he was a unknown.
Flying jatt’s first week will end same as first weekend of Baaghi  which means there is hardly any hope for Flying Jatt.

Kids & family audiences have come out strongly for Flying Jatt on Saturday and Sunday giving it a boost.

Sunday was the best day of the run so far for Flying Jatt which means that the opening weekend has turned out to be decent.

Flying Jatt has opened in 2000 screens in India

Flying Jatt should do a minimum of 70 Crores business to be called a hit.

Music Rights have been sold to Zee Music for 6 Crore

Flying Jatt has got a very limited release in overseas

Here is the Flying Jatt Review 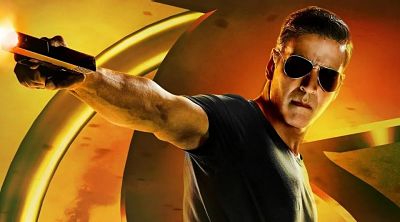