As a work of fan-fiction, Azhar is a mostly watchable film with a solid lead, but falls far short of being either entertaining, insightful, or worthy of recommendation. Hashmi and D’Souza try hard, and their effort shows. I just wish I could have said the boys played well.

On the whole, Azhar is an engaging film but not consistently so. It has drama and thrill but lacks the emotional high of a human drama. It will, therefore, not be able to score enough at the box-office to break even.

You stay invested here because the material at hand combines India’s two religions-cricket and films. Of course, this generation would rather see biopics on MS Dhoni or Virat Kohli. But, to give the devil his due, Azhar was an idol in the 80-90s. The film traces the rise of a prodigy born into a modest Muslim household in Hyderabad. Emraan bears no physical resemblance to Azharruddin. However his mannerisms—the blinking of his eyes and swagger add to a knockout performance. Watch Azhar for him

Azhar is clearly made as an attempt at redemption for the tainted cricketer and India’s ex-captain Mohammad Azharuddin. Unfortunately, you walk out of the theatre with no emotions, no sympathy, except for remorse at having wasted another two hours of your life on a strictly mediocre film. It is sad because Tony D’Souza, the director of Azhar biopic is supposedly talking about the tumultuous and adventurous life of one of the finest cricketers that the country has seen and all we remember now is how shockingly tacky any subject in hand, however interesting, can be turned into.

This could have been a great cautionary tale about a great sport at a time when it was just becoming the arena it has grown into—full of big money and glamour, bigger endorsements and never-ending temptations : it is, instead, an inept ‘tamasha’, not very different from the stuff Bollywood churns out, the cricket just the superstructure for tired song-and-dance and melodrama, in living rooms and court-rooms. Nope, this ‘Azhar’ doesn’t hit it out of the stadium.

Azhar is a film that glorifies Azharuddin as an underdog. For a fan of Cricket or Azhar, it comes as a huge disappointment due to mediocrity of the content. You could give this one a miss!Azhar could easily be said to be one of the weakest films when it comes to portraying a real-life character on-screen. The writers have a great subject at hand and there is so much to explore but what they stick to is an overly commercial approach. Azhar is a complete misfiled. It neither captures the spirit of the game nor the personality. A 2/5 for the film!

On the whole, AZHAR is a highly engaging piece of cinema that grips you completely and keeps you guessing. The story telling is objective as it shows both sides of the coin. You are simultaneously treated to the arguments for and against the verdict on Azhar’s personal and public upheavals. You are also made to come across a fiercely hungry actor in Emraan Hashmi who simply grabs you by your eyeballs and compels you to witness his masterful knock! AZHAR is a superlative watching experience. Don’t miss it for anything!

There is a line in the film where Azhar says people forget all his achievements just because he made a couple of mistakes. That was the thread the film should have followed – a man on top of his game, compromising his character in a weak moment – instead of writing a narrative that completely whitewashes the character. Like last year’s Talwar, the movie should have left the decision for the audiences to make whether Azhar was the wronged one or not. However, the makers lacked the guts to do so, making this a totally one sided match. But kudos to Emraan Hashmi who makes the proceedings believable!

The film is a simplistic, he-didn’t-do-anything-wrong take on the cricketer. It never delves into grey areas, no character build-up, no introspection, no redemption. Even the matches lack the nail-biting excitement. The lead starcast doesn’t leave any great impression; however, Lara Dutta and Kunal Roy Kapur as supporting starcast look earnest and deliver decent performances. Azhar could have been bad-ass, controversial, exciting, masaledaar… alas the simplistic safe treatment leaves it pretty bland..

When there’s an opportunity to expose the underbelly of the cricketing game, why did the director focus on Azhar’s limp personal life? Episodes from his life have been plucked and randomly tweaked to make it a sanitised drama that has no particular direction. The events in Azhar,which has already received the stamp of approval from its subject Azharuddin, seemed to have been designed to make the cricketer look good.The film would have benefitted greatly if all that effort had gone into making its dialogues less corny.

‘Azhar’ is based on a few highly talked about incidents and facts in former Indian cricket captain Azharuddin’s life, who ended up becoming the country’s most controversial sportsman yet. From setting world records that are yet to be broken, to getting embroiled in the first ever match fixing scandal the country witnessed, the film traces Azhar’s insurmountable highs and his tremendous lows. 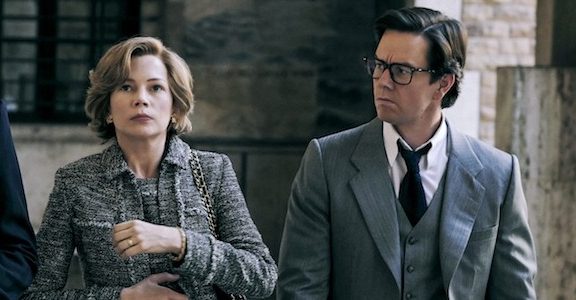