Pyaar Ka Punchnama 2, co-writer and director Luv Ranjan has essentially remade his own previous film. What’s interesting, however, is that it’s considerably funnier and slightly less misogynistic than 2011’s Pyaar Ka Punchnama.  The new film makes the same point all over again – that women are often selfish, manipulative, and overbearing, and that they have men wrapped around their little finger – but for the most part, the script employs humor over venom to drive home the message.

It is a comedy, based on the same premise as the first – that girls can mess up any and every relationship because of their self-centred nature. On the whole, Pyaar Ka Punchnama 2 is a small film which will prove to be big at the box-office. Its comedy will keep the youngsters and young at heart in splits and, therefore, its distributors smiling from ear to ear. A sure­ fire hit!

The camaraderie between the boys rings true as does their claustrophobia around their women. The saving grace, in the not-so-sharp second half, is a seven-minute monologue done by Gogo, where he explains, no matter how hard you try, you can never please a woman! What’s sad is that the squabbles between the men and their girlfriends lose steam as they are grossly exaggerated, repititive and puerile. In all fairness, this film may resonate with some masochistic sorts who like taking a whipping in love. Or still others, who just enjoy a few laughs at the cinemas each week!

This time the men don’t cry but emerge even more pathetic, chained to a trio of witches who seem to have enchanted them while never giving them an ounce of happiness. And forget about hurting our sentiments, this juvenile single-minded immaturity hurts the comedy. It hurts the writing. It hurts the characters. It hurts the film.As for Mr Ranjan, I’m hoping the film’s climax was merely a feeble joke and not an indicator that he idolises Norman Bates.

The worst offender on this count is the over-enthusiastic Nushrat Bharucha, who hams away to glory.About the only relatively likeable performance is delivered by Sunny Singh, who plays the boy who is reduced to running errands for the girl who has him in her thrall.But not all the pyaar in the world can compensate for the pea-brained piffle the film dumps on the audience.Does Pyaar Ka Punchnama 2 have any redeeming features? Go look for a needle in a haystack. It might be easier to find.

It’s a fun, one-time watch. And to its credit, it is straight, simple and clear about its intentions, unlike a few ‘modern’ ones that begin on a woman-friendly note, but actually end up belittling them.

As for the guys-who-are-forever-mamma’s boys, they are the victims of these devious females, who use their wiles, reel them in, and then string them along. Not one of them climbs out with any perspective or insight at all. What’s that? The first ​had some punch and​ was okay for a bunch of laughs. The sequel is flat and unfunny.

There is a saying that the first time, a new joke would work fine, but the second time around, it can only elicit forced chuckles if you don’t bring anything new. PKP2 is not a terrible sequel per se, in fact, it is enjoyable especially if you haven’t seen the first film. But if you have, you can easily guess where it’s all going. Nonetheless, you can still have a few laughs. Just a warning for the guys, don’t take your wife or girlfriend to the movie. If you laugh at any of the jokes, rest assured you will be sleeping on the couch tonight!

Pyaar ka Punchnama which released in 2011 became a surprise hit. The two main reasons – Divyendu Sharma who breathed life into his character of Liquid and Kartik Aaryan’s (then known as Kartik Tiwari) hilarious monologue about the travails of falling in love with women.In Pyaar ka Punchnama 2 the former is sadly absent and the monologue is longer, unfunny and utterly forced.

If Ranjan’s intention with Pyaar ka Punchnama 2 was to make men turn their backs on women and contemplate homosexuality as the more emotionally sustainable option, then he’s hit the jackpot. A lot of women may well be turned off men too, despite the hunkiness of the heroes, because of the film’s inherent misogyny. For those who were hoping for a fun look at romance in modern India, the only thing Pyaar ka Punchnama 2 confirms is that this survey was right on the money when it listed “my friends hot mom” as one of the top search among Indian porn users.

PYAAR KA PUNCHNAMA 2 has a weaker storyline as compared to PYAAR KA PUNCHNAMA. The sequel almost follows the same trajectory as PYAAR KA PUNCHNAMA, viz., how the three boys hook up, the initial honeymoon period and then the disaster begins. The dialogues are entertaining to quite an extent. The film is a satire on love and relationships and is not a typical conventional rom-com. On the whole PYAAR KA PUNCHNAMA 2 packs a solid punch with its unusual, yet relevant storyline. It is a film for youngsters who may patronize it in a big way. Recommended, go for it!

Synopsis:   Pyaar Ka Punchnama 2 is the story of 3 unsuspecting bachelors who fall for the girls of their dreams, or so they think, until the dreams are turned into nightmares. Riding the roller coaster ride of relationships, the three are tortured in their own unique, yet relatable ways.

This movie is a sequel to 2011’s Pyaar Ka Punchnama which was fairly successful at box office and is considered a cult movie. 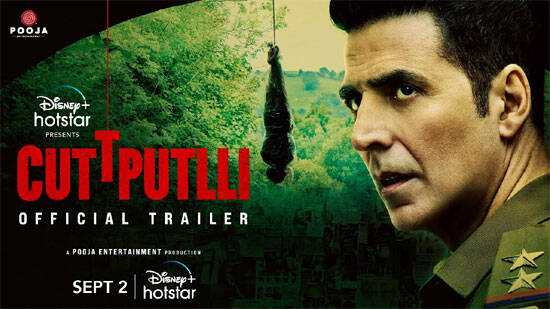