First Weekend Box Office Collections of Drishyam are 10th Highest of 2015 behind such movies as Piku, Roy and Badlapur but ahead of Tevar, Hamari Adhuri Kahani and Bombay velvet

On Sunday Drishyam grew its box office collections  by around  25% over its Saturday business.

While Saturday had a big growth Sunday didn’t had the same 40% growth as probably Drishyam has a bigger appeal to family audiences which is getting split with Bajrangi Bhaijaan.

Drishyam has done best business in West India especially Mumbai and Maharashtra circuit which is a always the Territory which supports Ajay Devgan movies the most.

While there appears to be good word of mouth for the movie but for  Drishyam it is important that weekdays are steady so it can reach the safe territory.

Drishyam suffered because while it has strong appeal for family audiences youngsters didn’t saw the movie as an entertaining bet and stayed away from it while family audiences  got split with Bajrangi Bhaaijaan.

In all the languages this movie has been made it has always opened low and grew on word of mouth which is likely what is happening for the hindi version also.

Overall the only problem with Drishyam is its high cost 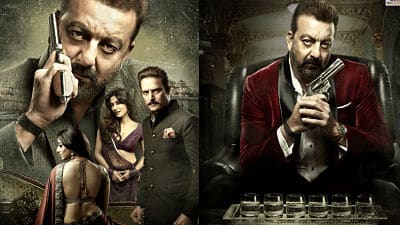