Emraan Hashmi is a young man who can turn invisible at will. Just think of all the cheeky possibilities that premise could throw up. Alas, it’s not the route director Vikram Bhatt goes down in Mr X, a singularly humorless film that’s sorely lacking in thrills, a coherent plot, and even basic common sense. I’m going with a generous one out of five for Mr X. They were optimistic enough to leave the film open for a possible sequel. That one-star rating then is for courage alone.

Vikram Bahtt’s direction is very ordinary. Like the script, his narrative style is also lacklustre and offers no novelty whatsoever. The 3D shooting adds little to the film and seems to be a waste of expenditure. On the whole, Mr. X is a clear case of a job done half-heartedly and without much conviction. It will fail to strike a chord with the audience and will, therefore, flop miserably at the box-office.

I watched ‘Mr X’ in the 3 D version, hoping for some diversion. But there was none. Just relentless awfulness in plot and execution and performance. The special effects are just about all right, and even those you’ve seen before.Nothing redeems it. Not even Emraan Hashmi, who gets to kiss Dastur a couple of times, and say this to her: “no cold shirt is needed when a hot guy is here”.

The scenes where Mr X is sparsely visible, are the ones in which its poor quality is noticeable. The 3D effect does help its visual appeal. Despite flaws, in its 133 minutes of runtime, Bhatt churns out a quasi-gratifying film, which has all the necessary commercial ingredients – from romance to good music to thunderous action sequences.

Given the fact that all of Emraan Hashmi’s films have at least one (smash) hit track in them, this film falters in that department as well. The film’s music (Jeet Ganguly, Ankit Tiwari) lacks any hit or hummable songs. It’s the film’s background music (Raju Singh) that manages to hold the film. While the film’s cinematography (Pravin Bhatt) is decent, its editing (Kuldeep Mehan) is average. On the whole, watch MR. X only if you are a die-hard Emraan Hashmi fan.

Mr X gifts him a cool title, a great power but not the responsibility that comes with it.And to go on an avenging spree over the same, how lame is that?At a time when even television is doling out superheroes worth binging on, taking Bhatt’s boring, fluky, one-trick Mr X seriously is out of question.He doesn’t have the lines. He doesn’t have the sharps. But, mostly, he doesn’t have the presence.

Mr X is indeed a love story, too, but it is highly unlikely that anybody will fall in love it. Mr X is a puerile thriller and a risible revenge saga with a dash of random sci-fi thrown into the pot. The end result is a deadly boring mish-mash.But let us not ask irrelevant questions. Mr X is after all a Bollywood love story, and the world is yet to evolve any credible science that can explain the myriad illogicality that is part and parcel of the genre.

An extremely cliched script of Mr. X spoils all the fun and at a point you feel that’s what is invisible in the film, its story. The effects are good but not exceptional for 3D. More than half of the scenes, the 3D part is when the gun is being point at your head! Well you pretend to get scared and then yawn! Watch or Not?: Mr. X will be your type of film for two reasons – a) If you are a fan of Bhatt films b) You are a fan of Emraan Hashmi. If none of the above, don’t bother spending your money on a 3D movie which has no reason to be 3D..

There is good news. And bad news. Good news: the film ended. Phew!! Bad news: it ended with a possibility of a sequel. Yes Mr X might strike back. And then back again. And then it will be called Mr. XXX! And then Sunny Leone will have some tough competition. Let’s just say Mr. X is a quarterly deal between the Bhatts and their bhanja with everything typically Vishesh films — hot Chiquita, check, bad CG, check and kissing scenes, hell check!! My only question to Mr. X was Y! Why were you made? Watch it only if you are a huge Hashmi fan.

Emraan Hashmi grins and hides his utter shock at being handed his career’s most obscure and inane role, while Amyra Dastur struggles to step into the skin of a character that shrieks and glares without much conviction. With pretty much nothing going for Mr X, we can safely urge you to protect your mind from this idiotic mess. However, we weren’t as fortunate.

Synopsis:
Mr X revolves around a man who gains the power of invisibility, and becomes a vigilante to take revenge on those who have wronged him. 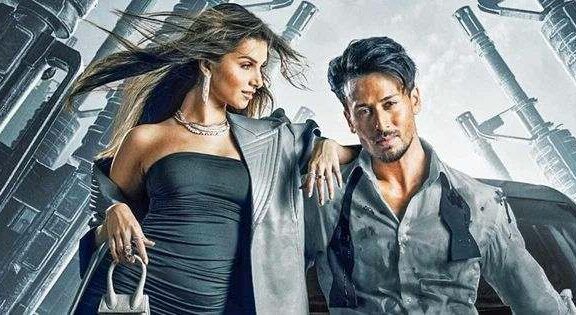