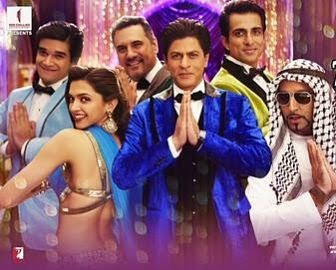 Third Friday was low as shaukeens and interstellar put up good shows.

Happy New Year had a steady week 2 with collections going up in weekdays on partial holidays like Muharram and Guru Purab.

On its second Thursday a partial holiday as well as a special scheme of a ticket free on buying 2 tickets in many centers has helped the box office collections.

In India only Happy New Year is 8th Highest grossing movie of All time.

The second week of Happy New year was second highest of the year after Kick.

Happy new Year is the highest grosser of overseas in 2014 ahead of Kick and Bang Bang.

From its third week collections will go down due to presence of Shaukeens and Rang Rasiya which will take away lot of screens.