Pfister, best known as Christopher Nolan’s director of photography, may be drawn to a similar kind of thinking-man’s blockbuster, but ‘Transcendence’, unlike Inception or The Dark Knight Rises, remains simplistic and predictable. I’m going with a generous two out of five. The film looks good, but it’s never as smart as it should be.

Like Nolan, he too ambitiously attempts to marry complex ideas with big stars, big action and entertainment. The result is a film that has some impressive sequences but only works in fits and starts. It’s an interesting idea with a clunky rendition. The problem is that none of this is convincing – either at an emotional or narrative level. The film feels like Nolan lite. Which is a shame given the talent attached. I’m going with two and a half stars.

Transcendence makes for a heart-warming love story, nevertheless, and despite its slightly trying first half, it gets better post-interval. Transcendence seems too simplistic at times, but leaves you questioning the extent to which technology controls your life. Transcendence may be intellectually half-baked but it poses some serious queries about the boons and the banes of technology. It might test your patience but if you choose to stay with the film, you will be rewarded adequately.

First-time director Pfister (Christopher Nolan’s longtime cinematographer) gives Jack Paglen’s screenplay a moody, slow pace. Film composer Mychael Danna’s (Life Of Pi), sweeping orchestrations and moody synthesizers sometimes highlights the slow pace. The film is essentially a far-fetched, sometimes muddled, cautionary tale about mankind being taken over by the machines that they themselves have created, albeit with the best of intentions.

First-time director Wally Pfister’s Transcendence isn’t so much the “Him” to Spike Jonze’s Her as it’s a more dystopian vision of the meeting of human consciousness and computer intelligence. It turns out that when computers get sophisticated, worse things can happen than Joaquin Phoenix getting his feelings hurt. But whereas Her was playful and personal about familiar futuristic concepts, Transcendence is clunky and lifeless. It’s like the movie version of a paranoid TED talk.

The film is an attempt at the whole A.I. Genre. With the world of computing making immense strides, the movie tries to explore the next gen. before it gets here. The plot is alright, the pace does drag. But Rebecca Hall and Johnny Depp try their best. Rebecca Hall brings a lightness to the proceedings and Johnny Depp’s one-liners are fun. All in all, a movie to watch when you have to kill a few hours or if you want to experience a time-lock. 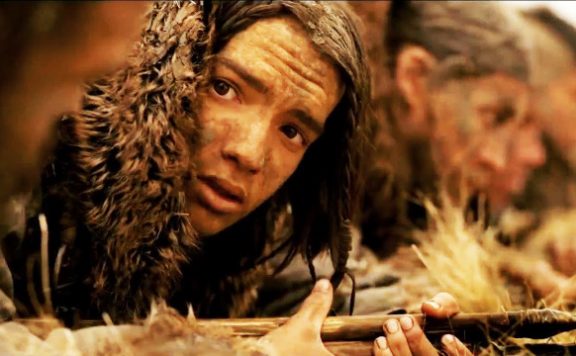