Ram Leela has opened very strongly in Gujarat and Mumbai and is one of the highest openers of the year there but its North and Central India opening is par.  It has the sixth biggest opening of the year behind . Chennai express, YJHD, Besharam, Krrish 3 and Race 2 as per trade figures. As per producer figure it is 5th highest being ahead of Race 2.  A weekend of 40 – 45 Crore is expected for Ram Leela.

This is after some cinemas were disturbed due to protests and some shows were suspended mostly in Gujarat.

This itself is huge for a movie not  containing a  star hero and showcases the power of Deepika Padukone.

Ramleela opened to around 2000 screens in India and 550 screens internationally and is distributed by Eros.

It is a very high cost movie despite not containing a star hero. 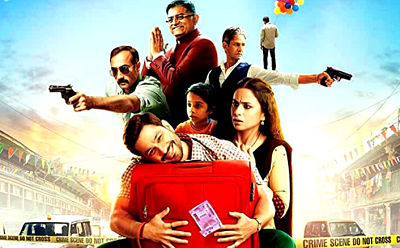