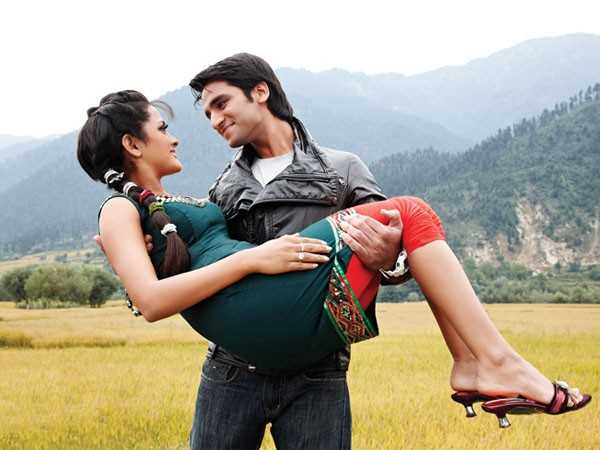 Priorities for Qasam Se Qasam Se are clearly defined: More than focusing on the nitty gritties of film making, the movie is a launch pad for Azim, son of daddy-with-the-dough, producer Nazim Rizvi. Now, Azim does deliver… for starters. But does that mean it’s okay to make a film full of humourless one liners, a never ending emotional drama and a will-the-love-birds-won’t-the-love-birds ever be together suspense? With so much on the platter, the movie seems to be lost in transition: Who is it catering to!

A young college romance that looks 40 years too old. It’s a mish-mash of various mediocre ideas. The fact that this film has 10 songs proves that the filmmakers had no faith in their own story. They’ve tried to lace it up and sell it like a commercial potboiler. But this film isn’t worthy of even that title. The future looks bleak for all those who worked in this film and for those who would want to watch it under the marketing lure of winning a diamond pendant.