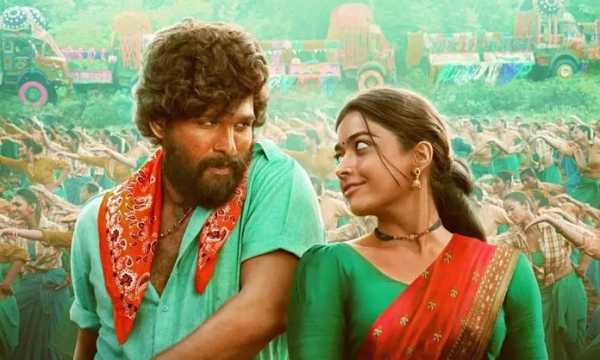 Pushpa is #AlluArjun show all the way. Delivers an award-worthy, knockout performance… Fantastic first half… Gripping second hour, but could’ve done with trimming… DON’T UNDERESTIMATE THIS FILM. #PushpaReview Director #Sukumar is an absolute genius. Sure, #Pushpa is no #Rangasthalam, but #Sukumar shows his brilliance in several scenes. However, he should’ve kept the run time in check… The pacing slows at places, #Pushpa could’ve definitely done with sharper edit.

B. Sukumar’s direction is extraordinary. His biggest victory is the manner in which he has made an action thriller and added dollops of emotions and a fine dash of romance to it to make it a wholesome entertainer.On the whole, Pushpa: The Rise Part 1 is an entertainer all the way and will do hit business. The original Telugu version will prove to be a super-hit.

Pushpa says that he is a better man than Jolly Reddy, a serial rapist. But in the same sentence, he asks Srivalli to kiss him for 5000/-. ‘Daako Daako Meka’ discusses the film’s supposed philosophy: if you aren’t feasting, you are probably the feast. Very poignant, except Pushpa is written too powerful to ever be anybody’s food. ‘O Antava Oo Antava’ is supposed to be a scathing commentary on men, but I couldn’t hear anything over the cheers and hoots appreciating Samatha’s flexibility. Sukumar expects the viewer to have an immersive experience, but he also wants to randomly insert songs. You can’t have both.

With Pushpa: The Rise, Sukumar ventures into unchartered territory by making a rustic masala film filled with punch dialogues, characters that speak in a Chittoor dialect and a story that’s rooted deep in the region it’s set in. And seeing as how expectations were sky-high after Rangasthalam, what he delivers turns out to be a mixed bag that’s over-long, falters at times and delivers what it promises at others.Sukumar’s Pushpa: The Rise shows promise when it wraps things up and sets up things for Pushpa 2. Despite the film being a mixed bag, it does make you curious for what’s to come.

All in all, “Pushpa” belongs entirely to Allu Arjun and his commendable performance. Director Sukumar has shown his mark at many places, but he has not woven it in a watertight manner, making it a pretty predictable rise of a don’s story.

Overall, Pushpa aspires to be unique but doesn’t attempt to break out of the box. It is a template gangster story that’s amped up by the music and performances. More effort into the writing would have made this a lot better than what it is – a middling film with mass moments for fans.

Overall, Pushpa is a template gangster drama involving the rise of the protagonist. Allu Arjun in the lead trumps, but everything else is predictable. If you like the backdrop and don’t mind the routineness give Pushpa a try only for Allu Arjun.We have many characters in Pushpa, however, none manage to impress. It is one of the primary aspects where Pushpa differs big time from Sukumar’s last attempt Rangasthalam.

Sukumar’s direction is excellent and, as expected, very massy. The film is mounted on a grand scale and he handles the scale perfectly. He leaves no stone unturned when it comes to showing the hero worship in all its glory. Such films are expected to show their heroes in the massiest avatars and PUSHPA: THE RISE – PART 01 is no exception. However, in the quest to show off Allu Arjun’s bravado and the scale of the film, he doesn’t sacrifice storytelling. The film is nearly 3 hours long but keeps one engaged from start to finish

Violence erupts between red sandalwood smugglers and the police charged with bringing down their organization. 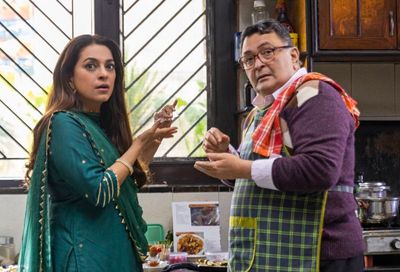