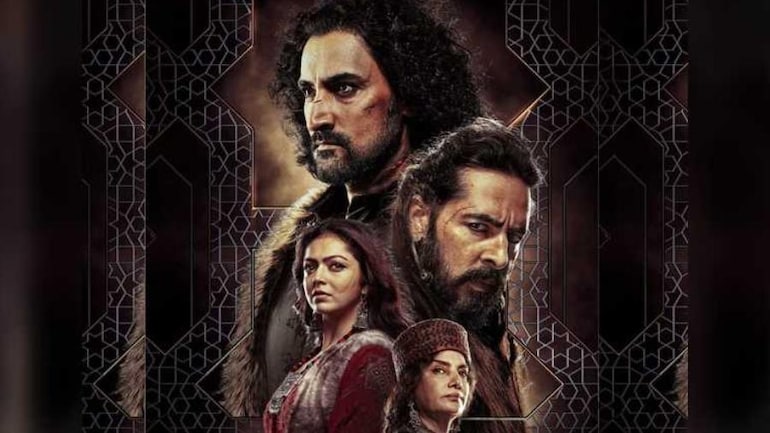 If you’re planning to watch The Empire to learn about the Mughal empire or Babur’s life, you’re likely to be disappointed. This saga about love, war, betrayal has a hearty dose of melodrama and is more entertaining than educational. You will only find yourself waiting for those compelling, rich scenes and memorable moments that are never really take place.

A piece of art, while existing in a comparative framework, also exists as an individual artistic expression. I don’t see the Americans comparing their bromance films with Dil Chahta Hai or their war and slavery films with a Lagaan, Uri or even Border. For those wanting to watch something that will replicate the magic, scale and quality of Game of Thrones can skip this one, because it is not a show of that stature but it is something else in itself and one should or could watch it for that.

The Empire is a huge step in creating extravagant shows for the Indian OTT. There is everything a period drama lover (it’s me) craves for. Go in and get to witness the saga that talks about love, war and betrayal. But as I always say about shows/films with creative liberties taken, watch it with the word ‘fiction’ in your mind. It doesn’t intend to educate you.

Things remain so staggeringly passive for prolonged intervals — the first two episodes are absolute sloth — that Toranj Kavyon’s cunning assertions and Shabana Azmi’s theatrical aplomb provide a much welcome change of scene.At one point, the fiery actress lands a tight slap on Babur’s face to get things done.The Empire could have done with some shaking up too.The Empire is streaming on Disney Hotstar.

History of course lends itself to fascinating interpretations, and both Kumar and the novel by Alex Rutherford (a pen name used by Diana Preston and her husband, Michael Preston) which has been the inspiration for the series, may have taken liberties on how they chose to narrate the story. I have no quarrel with this.But what disappointed me was that the work coming from a director who has been associated with the likes of Rohan Sippy (Bluff Master, 2005) and Sanjay Leela Bhansali (Bajirao Mastani and Padmavat) is patchy and technically shoddy. The sets look as if they have been made of plastic and cardboard, the battles do not reflect state-of-the art computer graphics.

The ideas that survive distinguish The Empire from recent attempts to address Mughal history in India. This already feels like home, Humayun tells his father after their arrival. The Empire too is a sort of homecoming for Babur, who remains an object of endless debate centuries after he first set foot in a land that now seeks to obliterate his memory.

Like a season eight episode of GoT directed by Sanjay Leela Bhansali (not a compliment), The Empire is difficult to recommend. Perhaps its biggest contribution to the entertainment industry at large is setting Karan Johar up for success, if he ever gets around to making Takht.

The series depicts upon the rise and fall of the Mughal Empire starting from Babur. The story begins from Farghana where young prince Babur is made the king at a young age and he begins his campaign for the conquest of North India through hardships, betrayals and struggles amongst his court members.