Through all its hiccups if there’s one thing that glues the film’s bits together, it’s Ayushmann Khurrana’s uninhibited, confident performance as Karam aka Pooja. He brings grace and dignity to the kind of role that has been reduced to a drag cliché on so many of television’s reality and comedy shows. He makes the film work even when the script fails it repeatedly.I’m going with two-and-a-half out of five for the film, and an additional half star for Ayushmann’s performance, which makes it three out of five for Dream Girl. Go in with modest expectations and you may not be disappointed.

Nirmaan D. Singh and Raaj Shaandilyaa have written a story which is both, interesting and entertaining. Since it is an out-and-out comedy, it rests on the assumption of suspension of belief. Therefore, it may not find favour with the section of audience, which looks for too much logic in everything. However, the general masses and family audiences as also a section of the class audiences will go with the flow of the story. On the whole, Dream Girl is a straight hit because it has tremendous entertainment value.

Raaj Shaandilyaa deserves credit for bringing something new to the table. However, his hesitation to delve deeper into the subject makes it score less on the report card. If you are looking for a light-hearted comedy this weekend, Ayushmann Khurrana’s Dream Girl should definitely be on your list.

A good deal of writer and debutant director Raaj Shandilya’s Dream Girl is caught up inside their comic confusion and the buffoonery such fallacious passion inspires, elevated by a relentless supply of zingers. Dream Girl goes in several exciting directions and comes out making light of it.It may not always be the best way to go about things but you’ll come out laughing till your sides hurt. And how can that ever be a bad thing?

While the premise of ‘Dream Girl’ is an interesting one to begin with, it doesn’t go beyond that idea. However, director Raaj Shaandilya manages to evoke some amount of laughter in this situational comedy. But there is also a dollop of humor which treads into the bizarre, double entendre and at times offensive zone. Despite the flaws, ‘Dream Girl’ attempts to show the leading man in a different light, and manages to entertain in parts.

Dream Girl is a hilarious film and definitely something that the masses will love to watch. Despite a few flaws, it keeps you entertained but you end up expecting more from Ayushmann-Annu duo that seems quite weak. It’s a fun watch with the family or your friends.

The comedy of errors is fetching in the beginning, but loses its momentum and sheen in the second half. Too many clowns spoil the Bollywood broth rings true for its climax. The makers also seem overly concerned about making this entertainer vanilla. It loses its edge in that mad rush to over-sanitise it. The seamy side of the shady phone service industry is never explored. It’s sleaziness is downplayed to alarming proportions and even injects some honour into the exercise.The climax feels bloated. But in all, it’s an unthreatening film laced with noble intent.

‘Dream Girl’ is great for laughs and the message about the lack of affinity we have for each other and the loneliness faced by people in the modern world is one which needs to be paid attention to. But somehow ‘Dream Girl’ runs through it at such a pace, many of the jokes don’t work and we are left wondering when matters will come to a head and the film will end.

Ayushmann Khurrana in and as Dream Girl! From the local cop to a `Haryanvi` gujjar boy, to his girlfriend`s brother, everybody is smitten by Dream Girl Pooja and her mesmerising voice, leading to a series of unusual, crazy situations.

Set against the backdrop of Mathura, Dream Girl is a comedy of errors that stars a crackling ensemble 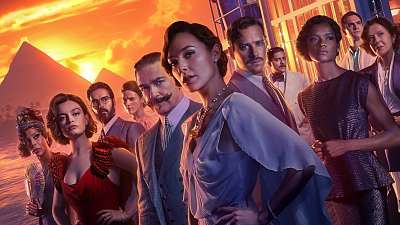