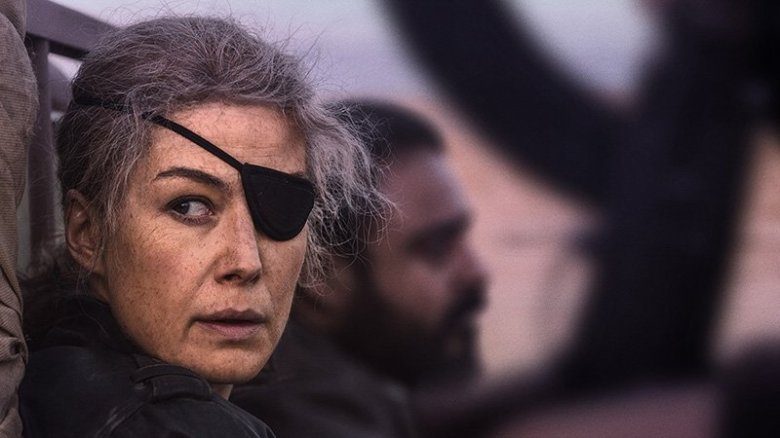 In this biographical drama, ‘A Private War’ has the mammoth task of portraying the gruesome realities of battle while showcasing the difficulties of coming back to a life of comfort. As a foreign correspondent, Marie Colvin pushed the boundaries of war journalism to bring hard-hitting stories of human suffering from the depths of war-torn areas. She also suffered from PTSD, and constantly struggled to maintain her relationships while abandoning any hope of having a family of her own. Marie Colvin was a profoundly driven, yet flawed individual, and Heineman doesn’t shy away from putting her personal demons on full display. ‘A Private War’ is filled with brutal, powerful images that will stick with you well after the movie is done, and succeeds in paying homage to a woman who put her life on the line while documenting others.

Celebrated war correspondent Marie Colvin is a woman who is as comfortable downing martinis with high society’s elite as she is brazenly staring down warlords and fleeing from gunfire. Driven by an enduring desire to bear witness and give voice to the voiceless, Colvin charges into danger, constantly testing the limits between bravery and bravado.