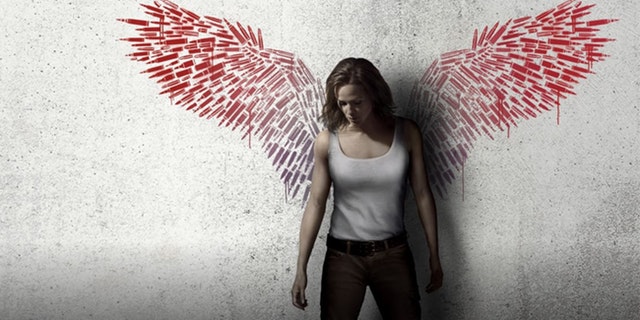 Now, just like any other action flick, you expect an actress of Jennifer Garner’s caliber to land mighty blows and pull off surreal action sequences. And thanks to years of training and gathering ammunition from across international borders, Riley’s character is beefed up enough to put up a stellar show. But, that is not the case here. The screenplay is predictable and put together in an insipid fashion, and Garner is somewhat of a misfit: she tries to inculcate grit and gumption to her otherwise bland character, only to look docile and vulnerable . Jennifer Garner shouldering ‘Peppermint’ is perhaps a regrettable decision and some may agree that making this done-to-death revenge saga in the first place defies logic by all means.

The faux female-empowerment theme is merely an excuse to unleash relentless carnage that is both graphic and exploitative. Depicting Latino hoods as the villains in control of the drug cartels, the film perfunctorily alludes to the challenges facing ethnic minorities in the US. To make matters worse, the woman uses her huge social media following to celebrate her bloodthirsty killing.From its hackneyed time-lapse opening credits sequence to the preposterous twist towards the end, Peppermint is a depressing experience.

One night, MI7 received a cyber attack from an unknown entity which caused all of their agents’ identities being exposed. Due to this, they were forced to reinstate their older and inactive agents. English, who is currently a teacher that trains his student to be a spy, was summoned by MI7. However, he accidentally incapacitates the other summoned retired agents. Thus, he is tasked to complete the mission by himself, but he asks to be accompanied by his old sidekick, Bough. Meanwhile, the Prime Minister is considering a meeting with a Silicon Valley billionaire, Jason Volta, to form an agreement that she could bring to a G12 meeting.