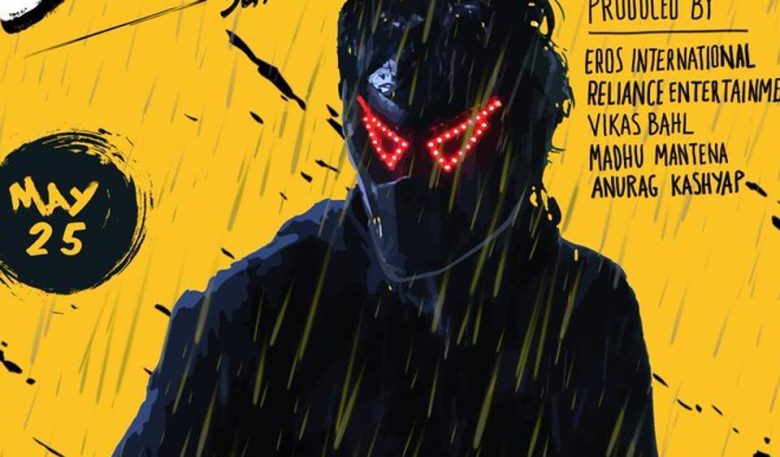 Vikramaditya Motwane’s direction is below the mark. He has simply failed to bring the thrill element into the superhero story. Also, his narration is slow-paced when it should’ve been racy. On the whole, Bhavesh Joshi Superhero is such a disastrous fare that it will be rejected outright by the audience.

So would Bhavesh Joshi Superhero have been a more scintillating action film had it not been so excruciatingly elongated? Difficult to vouch for that because in its bid to be dark, cool and edgy, it cannot shrug off its air of puerility. If not pure bunkum, it strays dangerously close, like Icarus, to slipping off its orbit completely. It returns to course occasionally but not often enough to steady its narrative arc. One thing is for sure, Bhavesh Joshi Superhero isn’t likely to be the super-boost that the doctor has ordered for the career of Harshvardhan Kapoor.

Bhavesh Joshi isn’t a caped crusader ripped off from most of the comic books we know, but his steely resolve and conscience make him relatable. Director and co-writer Vikramaditya Motwane certainly draws some inspiration from this superhero’s international counterparts but manages to infuse him with motivations and a backstory that’s compelling. More importantly, this masked vigilante’s story hits close to home, which works much in its favour for the first half of the film. . This propels the first act quickly with stirring momentum which is missing after the interval when it resorts to being an origin tale.

Bhavesh Joshi Superhero is darker than any other Hindi superhero film you have seen. It’s earnest and deals with the idea of vigilante justice in its raw form. The transformation of a common person into a warrior has been captured with sincerity. You root for Bhavesh Joshi while watching him from a distance. He hasn’t done anything substantial yet to impact your life, but he appears genuinely concerned.

Bhavesh Joshi Superhero is an attempt to propel the individual out of apathy, and asks us to channelise our anger in the right direction. It doesn’t succeed entirely, but Motwane’s fresh take on the wearied superhero genre is worth a watch.

The movie puts Mumbai’s locations to excellent use, but the city itself fades into the background as an inspiration for righteous law-breaking. For all its promises of looking at Mumbai’s seemingly intractable problems with a fresh eye, Bhavesh Joshi Superhero offers solutions that are far removed from reality. The film moves away from common sense as it descends into genre territory. It doesn’t help that its leading man fails to take audiences along.

There is a film in here. Or should I say, would have been, if Bhavesh Joshi Superhero had been less of a cobbled-together-from-many-influences overlong yarn. And fresher, sharper, clearer. As things stand, the slot for a ‘desi’ superhero, with or without a cape, is empty. Applicants may step up.

Script is flawed, pace is drag & no one knows what to do hence leaving every poor soul watching the film confused. Loo Break: This is valid only if you go to watch the movie even after reading review & if you do go then it’s better stay in the loo. Watch or Not?: Instead watch the spoof version of Govinda dancing on “Spiderman Spiderman, tune churaya mere dil ka chain”