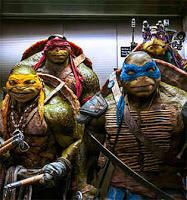 Teenage Mutant Ninja Turtles 2: Out Of The Shadows is a film no self-respecting teen could sit through. Produced by schlockmeister Michael Bay and directed by the devotedly imitative David Green, it feels like a poor and overlong cartoon with all the colour sapped out of it. This is a B-movie with a blockbuster budget and not an enjoyable B-movie at that: this is a film about four of the Hulk’s disembodied biceps running around sewers and trying — in some stupid way — to save the world. The villains have no character, the heroes are annoying, the dialogue is awful and, for 90 per cent of the movie, the Turtles forget how old they are.

this installment comes with its own set of drawbacks. As the movie moves unravels its sci-fi angle, the story goes back to the ridiculous ways of its earlier editions. Luckily, Green never lets you ponder over the silliness. Instead, he delivers some slick action sequences (water rapid chases, skate fights and sky diving) to keep you hooked. He doesn’t shy away from attributing his love for thrills to the Fast and Furious series. As homage, he gets one of turtles to quip “What would Vin Diesel do?” before he leaps out of an airplane. This is strictly popcorn entertainment which is good while it lasts but offers nothing to take back home

Teenage Mutant Ninja Turtles 2: Out of the Shadows Story:

The turtles face a new challenge when Shredder escapes from custody and joins forces with Baxter Stockman, a mad scientist who plans to use a serum to take over the world. Along for the ride are Bebop and Rocksteady, two dimwitted henchmen who provide plenty of muscle. Luckily, the turtles have their own allies in April O’Neil, Vernon Fenwick and Casey Jones, a hockey-masked vigilante. As the pizza-loving heroes prepare for battle, the notorious Krang also emerges to pose an even greater threat. 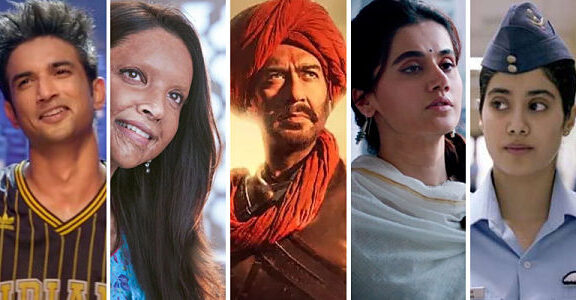