Manjhi First Week box office collection is 26th Highest of 2015 behind Hunterr and ahead of Khamoshiyan.

However its cost is low so actually first week collections are decent.

On its seventh day it actually went ahead of much bigger movie all is well.

Manjhi had a steady growth right through the first weekend .  From Friday to Saturday it grew by 67%  and from Saturday to Sunday it grew by another 27%

First weekend box office collections are 25th Highest of 2015  but the number has grown steadily and the trend seems positive.

Monday will remain crucial for the movie if it will have a long run at the box office or not.

Presence of Nawazuddin Siddiqui seems to have given the movie a big boost as he is a more recognized actor amongst those doing offbeat movies.

Screens:
Manjhi the Mountain Man released in only 550 screens with many theaters only giving it 1 or 2 shows in those screens

Manjhi  however only has theatrical revenue to cover its cost as it will not get any money from other sources. 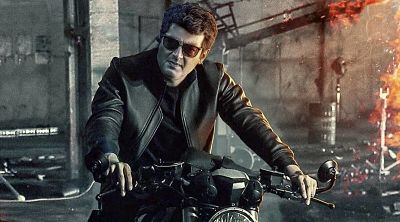