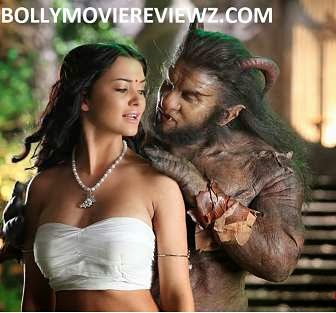 From All the reviews on the web of Hindi version

There’s a lesson in I for makers of masala movies everywhere: Big-budget commercial films don’t have to be lazy, mindless enterprises; you can bring big ideas and apply craft. I may be far from perfect, but for the most part it’s pretty entertaining stuff. I’m going with three out of five.

Shankar’s direction is first-rate. His vision is unique and the translation of his vision on to the celluloid is brilliant. He has kept the narration so interesting that the viewer’s eyes remain glued to the screen. He has given the film a huge canvas and has made it an audio-visual treat.On the whole, I has the merits to entertain. It may have started slow but it will pick up due to positive word of mouth and end up doing fair business in the final tally.

While the waif-like Amy looks mesmerising, Vikram bowls you over with a heart-wrenching performance whether he is handsome or disfigured. Santhanam provides the perfect comic relief. The first fight in a local gymnasium and the BMX bike fight on Chinese rooftops are an adrenaline fix. This is pure escapist fare but will resonate with those who read fairy tales at bedtime.

Shankar efforts at making them spectacular are evident, but the same cannot be said about the plot, which seems rather tame in comparison. Towards the end, the narrative takes on a humorous turn, which does not quite gel with the gravity of the situation. Nonetheless, Shankar’s I is not to be missed, it should be watched in all its glory on the silver screen. Definitely, a treat for Pongal.

The only high point of Shankar’s I (in Tamil) is Vikram’s enthralling performance, first as a rustic body builder and later as a disfigured hunchback.But this alone is not enough to take us through a 189-minute romp of silly dances, sillier wit (Santhanam as the hero’s sidekick has now become an irritating bore, but the actor does not seem to care about this) and stupid fight sequences (which are an endless pain).

I is anything but uninventive car-smashing, doppelganger-farting Bollywood fare. Shankar’s brand of escapism usually clocks Thalaivaa on a scale of 1 to Tim Burton, but this is an adrenalinfueled and, hopefully, permanent step up for him. It is no coincidence that one of his protagonists was a cartoonist (Anil Kapoor in Nayak). Shankar’s films are merely extensions of those mischievous sketches. And as we know, the pen is at its mightiest in a cartoonist’s hands.

I, which is basically targeted at the South Indian film industry, will have to depend heavily on the word-of-mouth in order to do good business in Hindi film circuit. A very special mention to the make-up (Sean Foot and Davina Lamont) and also to the team which has done the film’s VFX work. On the whole, go for I only if you are a big fan of extravagant masala films.