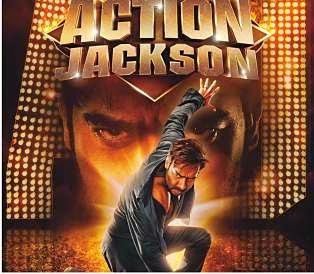 Action Jackson grew on Sunday but only by 15% from Friday.Again single screens were very good but multiplexes were dull.

First Weekend is 14th Highest of 2014 and below movies like Humpty Sharma, Entertainment and Mary Kom all of which had lower budgets

Action Jackson has still done much better than all novemeber releases and good weekdays with no opposition in week 2 can still help the movie.

First Day
Opening of Action Jackson is lower than that of Prabhudeva’s last R Rajkumar which had an opening day of Rs 9.5 Crore.

Action Jackson  is 11th Highest Opening day of 2014 which is better than november releases but is still below expectations as per the budget of the movie.

Action Jackson First day is just higher than Humpty Sharma, Entertainment and Mary Kom while lower than that of Holiday and Humshakals

Budget:
Action Jackson has a production cost of Rs 90 Crore and has a 10 crore Prints and  advertising cost to make the total landing cost as Rs 100 crores.

Producer has got a fantastic satellite right price of around Rs 35 Crore for the movie.

Producer is safe but he as well as Eros will make Profits only if the movie crosses 100 crore mark.

Disclaimer:
Previous ArticleThis Is Where I Leave You ReviewNext ArticleArjun Kapoor Upcoming Movies 2019,2020