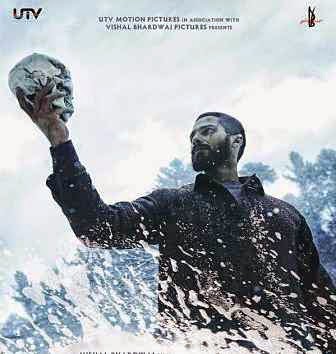 46.21 Crore (Trade figure)
54.54 Crore  (producer figure)
Haider had a slow and steady run across India and has done better than what was expected of it.

Haider is currently 16th Highest grossing movie of 2014 and will end in top 15 .

Haider has done well with a set of niche audiences and premium multiplexes.. but remained poor in mass centers.

Haider will however remain below queen despite having a larger budget.

While  Haider has beaten its costs whatever it is earning now will go towards Shahid and Vishal’s salary and not to producers.

Actually it has to go above 55 crores to be considered a profitable movie as per trade sources.