Amit Sahni Ki List, starring Vir Das, could’ve been a terrific romantic comedy, but it falls short on account of the writer’s conservative thinking. So much of it feels fresh and enjoyable despite sticking faithfully to formula, until it eventually goes down the same beaten bath in its last act, as if too scared to stick its neck out. For getting these bits just right, I’m going with two-and-half out of five for Amit Sahni Ki List. Go in with modest expectations and perhaps you won’t be disappointed.

AMIT SAHNI KI LIST lacks that required twist that would’ve set it apart from clichéd romantic sagas and movies of its ilk. That is one of the reasons why the graph of the film, all of a sudden, spirals downwards towards the middle of the second half. You know what the conclusion would be, but the way the story culminates is just not original. On the whole, AMIT SAHNI KI LIST is a feel-good film that tickles your funny bone with its witty dialogues. Holds appeal more for the urban audience!

With his sharp wit and refreshing nonchalance, Virr Das in the titular role brings out the irony of the situation effortlessly. However, ASKL has its share of drawbacks, if not deal-breakers. In spite of the smart comic punches, timing and earnest performances, the story lacks the ability to engage you thoroughly. A few scenes (Amit seeking relationship advice from his best friend) seem unfunny. Songs are pointless. Also, the story moves at a lethargic pace and it gets to you since you can predict the ending. Mismatch or Miss Right? Instead of waiting for that ‘perfect rom-com’, you can give this a try.

Some very good writing, particularly in the dialogue department, is overshadowed by some uninterested acting, amateurish camera work and horrible, horrible music (only a teenage brain that is very, very high on pot could have come up with What the Fark). The makers seem to have been inspired by several popular Hollywood romantic comedies and so, the film becomes predictable.Funny on the surface with faults in its execution, Amit Sahni Ki List should probably come with a warning that says ‘Burn after watching’.

Unfortunately, Amit Sahni is not a character I’d ever want to see succeed much like that customary rich friend that thrives on self-created drama. And structured around his contrived situation is a film like him–it strains hard to find conflict even when there is none, and ends up as more like an Ashton Kutcher romedy than a Julia Roberts romcom. I see a fairly bright future for the director. He just about manages to make the most out of a soulless protagonist, half-line story and a one-line screenplay. But then again, which contemporary comedy ever promises to be more?

One man who can’t make up his mind between two women is classic brom-com, and there are some moments in here that come close to the real thing. But the story never really shakes off its tropes, and burst forth into its own. Das is an amiable actor, and is a good fit for the urban confused singleton, Tomatia’s ‘desi’ appeal as well as Nayar’s svelte swishness is used well, but overall, the film is drab.

Amit Sahni Ki list is a easy breezy light hearted take on romance in the new age. There is a certain lethargy to the pace of the film, especially in the second half and the story gets way too predictable towards the end. Scenes between Virr and Vega could have been better developed. There are times when the focus is too much on the wisecracks and the jokes so the emotional connect takes a back beating and suffers. Likeable in parts, Amit Sahni makes a decent watch for those who don’t expect too much from their movies.

Amit Sahni Ki List is not a great piece of cinema. It doesn’t aspire to have any lofty heights of tragic romanticism (a la Ek Villain). Nor does it, thankfully, converge on a neo-classic film of the past to derive its romantic imagery (a la Humpty Sharma Ki Dulhania).It is what it is. An uncluttered, elegantly narrated rom-com about an inherently flawed hero, so confused about his aspirations as a romantic entity that he ends up wallowing in the kind of giddy romanticism that he probably abhors in the movies that he sees.

Despite a great concept, director Ajay Bhuyan cannot mount his story well. It is not entirely a horrid film but quite a disappointing film simply because the premise ​and the concept could very well have been furthered, but the director finds himself wrapped in warped storytelling. Rom-coms need a spin of freshness to sell; this film had scope for a lot, all of it wasted on a film that could not remain lucid.​ 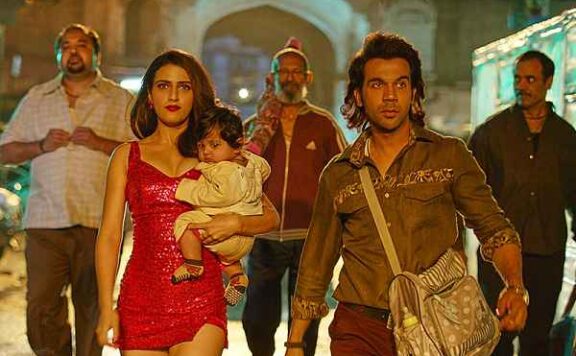