The story flounders as the drama builds up, and collapses like a house of cards in its clunky, overblown climax. Satyagraha, which starts off as a realistic film, gets shrill along the way and, disappointingly, offers no satisfying resolutions at the end of this long slog. In Satyagraha, Jha effectively meshes the urban angst witnessed on social media platforms like Twitter and Facebook with the ground realities of India’s heartland, but the plot subsequently loses its way. Sadly, the director’s storytelling has become so hackneyed that his cinema now merely pays lip service to issues instead of making a stronger comment. I’m going with two out of five for Satyagraha. It may be coming from a good place, but it doesn’t know where it’s going.

The timing couldn’t be more appropriate, for SATYAGRAHA summarizes the mood of the ordinary man and the nation in general. Jha minces no words while flaying and condemning the fraudulent and unscrupulous politicians and the unjust system in a style that’s now synonymous with his brand of cinema — realistic, hard-hitting, forceful — that leaves a hammer-strong impact. On the whole, SATYAGRAHA is an all-engrossing, compelling drama that mirrors the reality around us. In fact, it’s yet another brilliant addition to Prakash Jha’s credible repertoire, who has created some of the most politically momentous motion pictures. For the splendid drama and the electrifying dramatic highs, I suggest you must watch this hard-hitting fare. Absolutely recommended!

If good intentions were enough to make good movies, Satyagraha would be a masterpiece. But the impact is diluted by a plot that randomly lurches from one event to the next. At over two and a half hours, it all becomes a slog. . Characters says lines like, “Mamla serious ho raha hai,” and “System sadh gaya hai. Satyagraha addresses issues that are urgent, important and relevant. The problem is the telling of the tale. I’m going with two and a half stars.

On the whole, Satyagraha is an average fare but its business at the box-office will be below average due to the below-the-mark start and lack of universal support, especially lack of youth support. Although it is contemporary and entertaining in parts and also has an emotional under-current, its convenient screenplay and too idealistic characters would mar its box-office prospects by limiting its appeal. Business in big centres and multiplexes will be better than that in smaller centres and single-screen cinemas.

Satyagraha tackles corruption at a basic and national level. Unlike his other films, Jha merely highlights the issue here garnishing it with brief emotional moments that work. But this time, his target audience is aware. Even with Chakravyuh, you could argue the film informed the unenlightened citizen. Satyagraha solely documents and offers fleeting wisdom. It succeeds at highlighting the problem but fails at achieving poignancy.

Vibrantly layered, Satyagraha weaves together urban legends of corruption, encompassing corporate lobbyists to murdered engineers. It features slices of histories, Chauri Chaura, Mandal, Anna Hazare’s Jan Lokpal Andolan. It takes a real issue – corruption – to reel life, movingly fusing fact with fiction Satyagraha deserves an extra half-star for capturing corruption from root to branch – a government babu complains, “Yahan toh table ka bhi bhaada dena padta hai”. Showing true Satyagraha has no short-cuts, it also shows solutions glimmering ahead, as ephemeral, yet powerful as a rainbow cleansing the dust. Note: You may not like this movie if you avoid socio-political realities in cinema.

Producer-director Prakash Jha has his heart in the right place as he once again chooses a topic — in this film’s case corruption — that is singeing the country more than anything else today but delivers a potion that is but a terrible hodgepodge of Arakshan, Rajneeti and GangaajalWhen the film ends — a good 152 minutes later — one comes out with a feeling that Jha might have outsourced his job to somebody who was under no compulsion to do justice to his audience as well as to the film’s superstar-cast. Satyagraha fails miserably in all these three departments.

Clearly inspired by the Anna Hazare movement, Satyagraha attempts to replicate it and explain what went wrong. What went wrong with the film itself, is the delayed climax. If you have lofty ideas for your country or are just plain sick and tired of the corruption that has crept in, Satyagraha is definitely for you. However, if you follow politics and have had the opportunity to open a newspaper, just avoid it. Satyagraha attempts to speak about important issues but ends up over-simplifying them. Nevertheless, it is a good attempt.

Prakash Jha’s Satyagraha is a political film that, for all its well-meaning bluster, neither stings nor scalds. It fails to hit the core of the truth that it seeks. Unfortunately, Satyagraha barely skims the surface of a complex theme, leaving many a crucial question unanswered. As a result, it can hardly be expected to shake a vast nation and its somnolent rulers out of their torpor.The righteous indignation that Satyagraha articulates never quite assumes the shape of a full-fledged conflagration that can sock the audience in the face. Parts of Satyagraha make perfect sense but, on the whole, it never comes close to clicking into top gear. It leaves you more disappointed than angry.

The trouble with cobbling together your film’s plot from current headlines is glaringly evident in Satyagraha, Prakash Jha’s latest take on What Ails The Nation. It becomes a case of putting on celluloid events that have just finished unfolding, and are still unravelling in front of our eyes: if it is happening in real life, why do we need a reel version? Especially a version which doesn’t add anything of significance to the narrative: it’s all been-here-seen-this-and-that before.

Unfortunately, Jha’s revolution this time round ends up unforgivably long, inadequately scripted and way too superficial to merit applause.Yes, there are moments of optimism, but those are far too few to evoke any real passion. His revolution, much like what he earlier staged in ‘Aarakshan’ is way too dramatic and idealistic, and ends without hinting at any solution. “What sort of a nation have we made?” asks Bachchan during one of the most poignant moments in the movie. But, that left us wondering; “What sort of a movie have you ended up making, Mr. Jha?”

What’s Good: A well intentioned social drama. What’s Bad: Over dramatic, fractured script and a plot that goes haywire. Watch or Not?: Prakash Jha’s Satyagraha is an altruistic film with a clearly positive motive at heart. However, with a script that drags characters that are both predictable and caricatures Jha has made you familiar with in his previous films, this one is a tiresome tirade!

The film will make you angry and make you feel helpless, powerless…it’s all too real.. too close home. Which is why he should have done this docudrama style. It would have been more effective and relevant. The thing that troubles me is: why make a fictional version of a subject like this? The only valid reason seems to be to not piss off the powers that be. To ensure a release. Admitting this is based on the Anna Hazare movement would have meant many hurdles. From political pressure to censor trouble to say the least. So director Prakash Jha choses to call this a drama/love story, thereby defeating the whole message/point of making a film like this. You can’t make a film about what is wrong with the system, while surrendering to the system 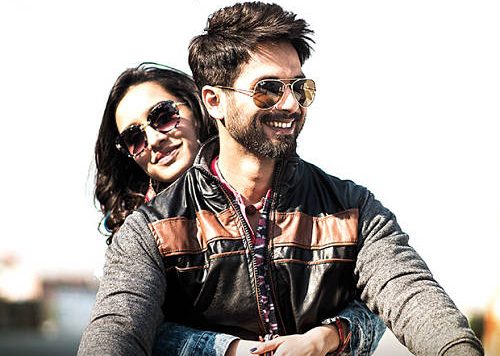