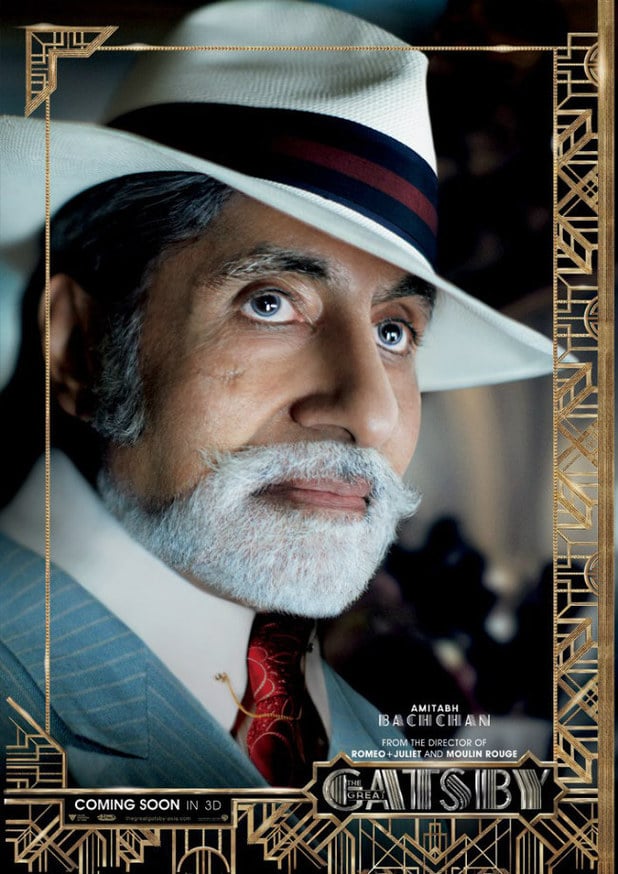 The genuinely exasperating thing is, however, that this film indeed tries doggedly hard to capture the spirit of the book. Not just the vulgar excesses of Gatsby’s frequently flaunted wealth but also its sadness, its yearning. And while the visual circusry propels the first half of the movie to at least the level of an impressively exploding firework, the flourishes mostly dry up in the second half as Luhrmann tries to tell the story of a man and a woman with ill-judged restraint. The romance, told the way it is, comes across more infantile than fabulous.What he might not have approved of, though, is the way Luhrmann appropriates and trivialises those exquisite, immortal last lines from the novel. Just so his film can look at itself in the mirror and preen some more.

The Great Gatsby is basically Karan Johar meets Sanjay Leela Bhansali on an estimated 127 million dollar budget. Luhrmann’s vision is unapologetically over-the-top. He revels in artifice and big emotion, in frenzy and extravagance. If you like subtlety in your cinema, then this is not the film for you. For me, there was a lot to enjoy here.The Great Gatsby is too long and too loud but it is old-fashioned entertainment. Purists and minimalists would do well to stay away. I’m going with three and a half stars and recommending that you partake in this gargantuan fantasy.

Right up, Baz Luhrmann’s The Great Gatsby (TGG) is Hollywood’s Devdas. Luhrmann’s take on F. Scott Fitzgerald’s classic novel is a beautiful bash – that lasts too long. On the upside, the music’s super and the 3D – decorating dinners to orgies, advertisements gliding silkily along a taxi – stunning. His Gatsby is greedily gorgeous and occasionally sags, luxuriating in a 3D-theatric too many. Still, it showcases Fitzgerald’s drama with flair – a society dancing on a knife’s edge, where everyone drank and romanced too much, but you also heard an odd, wistful sigh – maar daala. Note: You may not like this movie if you don’t like 3D-heavy literary adaptations.

If it wasn’t a motion picture, then The Great Gatsby would have been a wonderful music video. There are two ways to enjoy Gatsby – one is by checking out the cool soundtrack and realising how amazingly it blends with a period so long ago (‘1920’), and the second is to marvel at the sets and costumes. The film is a beginners guide to every wannabe art and costume designer. There are so many OTT moments that you will end up losing count.His much-talked-about project based on a literary classic is all dazzle but lacks soul. The length and pace of the second half make watching the film a tedious experience. Yes, it is stylish and there is colour and shimmer in every frame, but as the end credits roll all that you remember are Jay-Z and Lana Del Rey’s melodic verses. And that doesn’t bode too well for the film’s reputation.

The film retains a lot of the amoral energy of Lurhmann’s Romeo + Juliet. With The Great Gatsby, he plays story teller to the hilt. Although the novel from where the film is adapted, (F. Scott Fitzgerald’s classic) was set in the 1920’s Luhrmann makes the film speak to the 21st century. And he does this by incorporating contemporary music which gives the film a familiar feel. The film does have an ending that’ll suck you into nothingness. However this doesn’t make it any less of a masterpiece, but only elevates it to higher levels of greatness.Verdict: The Great Gatsby is a spectacular film that pays a great homage to emptiness.