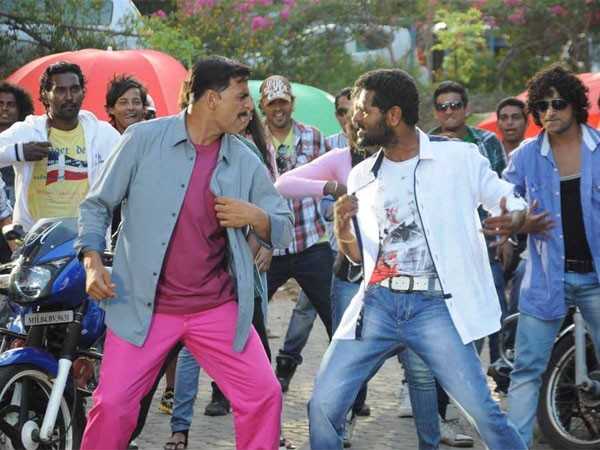 Rowdy Rathore is undoubtedly a terrific offering for those who vouch for ‘masala’ soundtracks. This one doesn’t promise to define anything new by charting a new path. Instead, it redefines the genre that had surprisingly been ignored for over a decade but is now making a comeback with a vengeance. It won’t be wrong to say that Sajid-Wajid go one up when compared to their own work in Wanted and Dabangg and live up to the promise of scoring chartbuster soundtracks for non-Salman Khan starrers as well. As for Prabhu Deva and Akshay Kumar, they can now well expect who hearted approval from masses for this one.OUR PICK(S) Aa Re Pritam Pyaare, Chinta Ta Ta Chita Chita, Dhadang Dhang, Chamak Challo Chel Chabeli

Rowdy Rathore is one of those soundtracks that does not set out for something new, but the listener knows what they might get from a masala film like this. In this way, Sajid and Wajid draw on 90s influences and create an album that celebrates all the kitschy and loud songs that we grew up on. The album is likely to divide the audience as the songs throw over subtlety for adding the loudest beats and cheesy lyrics that allow some of us to revel in the kitsch. Naturally the first four tracks are quite OTT, but it’s that massy appeal that makes this album worth more than a few listens.

From the storehouse of upbeat music, Sajid-Wajid, comes another album in the form of ‘Rowdy Rathore’. Having doled out chartbusters for films such as ‘Dabangg’ and ‘Housefull 2’, one would expect the musical duo to deliver yet another hit.But though they have a lot to offer through the ‘Rowdy Rathore’ soundtrack, it falls short of tall expectations.By and large, the album, despite the good songs, leaves a sense of discontentment. Having produced hit albums in the past, Sajid-Wajid definitely could have churned out something better.

Okay, as wacky as it sounds, this soundtrack is a combination of Sanjay Leela Bhansali’s production, Prabhudheva’s direction and Sajid-Wajid’s musical virtuosity.All-in-all, Sajid-Wajid have shown that they don’t need Salman Khan to deliver hit music and have kept their tag of mass entertainers alive with this outing. Now, they need to do something different to climb another rung up the ladder.