Up to this point, it’s a great ride. The screenplay moves at a spanking pace; the characters reel you into their story and you’re invested enough in their life to desperately want to know what happens next.The second half does have its suspense-filled moments and gentle twists in the tale, but a good deal of melodrama and too many tears hinder the momentum a little. Some editing of the sentimental whiplash by Kola Bhaskar might have added more depth to the proceedings. There are certain moments in 3 that defy logic at times, and sentiment rules the roost, but Aishwarya Dhanush has chosen to present a take on romance that is appealing in its freshness. The lead actors help as well. Her little thriller-twist aside, 3 is a movie that is an ode to romance, above all else.

The film keeps you engaged on the strength of its plot, as it does for the interesting characters who inhabit it. An impressive achievement both in writing and direction, the film is full of fine nuances and sharp observations that stay with you. Comedy and romance are beautifully weaved into the story in a realistic manner. Velraj’s camera is good while Kola Bhaskar could have made the film crisp in the climax. On the whole, 3 has its heart in the right place, though the second half seem scattered. Overlook these faults, and make it a point to watch 3

For her maiden film Aishwarya has taken a common and ubiquitous premise, love and relationships, accompanied by a suspense element in the script. Her spouse, Dhanush has immensely supported her to translate her vision on the larger canvas by giving one of his best performances.There are a few aspects which are quite implausible and unexplained like Dhanush tying the mangalsutra to Shruthi in the pub although his parents are not against his marriage. And it’s surprising that when there is an issue of serious proportion, why it is not conveyed to Prabhu and Bhanupriya especially when they are shown as such lovable parents.

Aishwarya Dhanush’s 3 is an intense-romantic drama, which is youthful yet core.Aishwarya Dhanush’s way of narration and maintaining the suspense till the end are impressive. She succeeds in the first half by keeping the story lively with some wonderfully written one-liners. The natural-progress of the love tale between the lead stars is interesting. But in the second half, she seems to have lost the grip on the script, as it is too dragging at parts. The filmmaker has convinced the two phases of the film 3 but the last stage somewhat fails to impressive the viewers..On the whole, 3 has a engaging tale backed by wonferful performances of Dhanush and Shruti Hassan.

The entire story of 3 runs in the Flashback….which is the real beauty and life of the movie. I am sure that everybody will resemble themselves to the teenage Ram who is driving a Yamaha RX100 bike,waiting under the tree for a passing look from the girl,joining the Tuition class with the best friend only to be with her for some time,and avoiding the best friend to have a ride in his bike with Girl friend…etc..etc.. These are the things to be highlighted about the 1st half,which made the movie…i should say THE BEST…The 2nd half completely turns the mood and take you to another genre, which is the masterpiece of Dhanush – A Psychological Thriller. I really doubt about this phase which can entertain all the type of Audience because of a big transition,which is providing a Hot and Cold treatment with romance and bipolar disorder. Yo Soup Bwoys…it is SWEET and SOUR….. and TASTY

As every Tamil film that is releasing in Telugu these days, 3 too is a film with dark shades. This film starts on a colorful note and turns dark and gets darker as the movie progresses. It will be hard to digest the film as it is extremely depressing. Audiences started walking out of the theaters just few minutes after the second half has started. Aishwarya tried to explore the darker side of life and audiences are not expecting such darkness from this ‘Kolaveri’ film.Maybe you may find 3 alright if you are prepared to watch a dark film. However, the snail paced second half doesn’t allow the audience to sit through it.3 will appeal to offbeat movie lovers. Extreme darker tones doesn’t appeal to entertainment seeking Telugu audience. 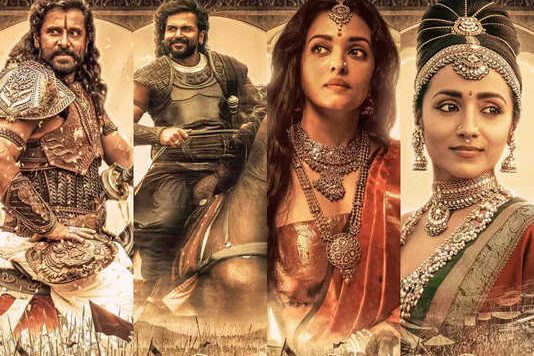