The film is a horror comedy – a genre that is often used by Bollywood as an excuse to peddle lazy writing. Bhoot Police is no exception Watching Bhoot Police, I realized that a film which is mediocre is more soul-sucking than one that is actively awful because you see glimpses of what might have been.

Pavan Kirpalani has penned a kiddish story which is so half-baked that it just doesn’t make sense. The screenplay, written by Pavan Kirpalani, Pooja Ladha Surti and Sumit Batheja, is so poor that the audience gets the feeling, within minutes of the start of the film, that it is a shoddy screenplay born out of a half-hearted attempt. Although the film is designed as a horror comedy, it would not be incorrect to say that it neither frightens the viewers nor tickles their funny bone.On the whole, Bhoot Police is a poor fare in all respects and will not find favour with the audience.

Director Pavan Kirpalani’s horror comedy has its moments but the childishness outruns the quirkiness. Relevant one-liners on nepotism and references to go-corona-go are hilarious. The setting and idea, grab your attention at the outset. Saif Ali Khan speaking an unknown village dialect with an anglicised accent, in that unique Saif voice is unintentionally funny. His knack of going for unheroic characters, off the beaten track is admirable. But intent and attempt can be amusing to a point. His performance leaves you conflicted here. He comes across as an odd mix of trying too hard to be funny and not trying at all to be invested in his character.

The film already announces its intention to make this a running franchise as it ends, which would not be a bad idea at all. There is a wealth of supernatural stories inspired from cultures and traditions across India that could form the basis for subsequent Bhoot Police adventures. (Call it cabin fever, but in this first film, the hilly setting of Dharamsala looks and feels great on the big screen.) Better balance between the horror and comedy, and some ingenuity in creating more convincing scares, would elevate the chronicles of these ghost hunters immensely.

But while it stays in the let’s-make-fun-of-ghosts zone, it really is funny. Especially when Saif is on song, which is quite often: he is having a blast, and makes sure we do, too. Arjun Kapoor fits the part too, as do the girls. What’s truly a saving grace is that nothing gets too dark. And no one takes themselves seriously at all, even if you feel like ruffling Ms Fernandez’s perfect blowout: there’s a ghost in front of her! But it does get too long. At one point a character says, ‘enough of this horror show’. True, true.

Now, to the important question – should you watch this film? Bhoot Police is no Stree but if you are looking for a break from the monotony of serious and nerve-wracking films, this definitely can be on your watchlist. Of course, Saif Ali Khan is the other reason why you can switch to Disney+Hotstar’s Bhoot Police.

The best part of Bhoot Police is Saif Ali Khan and how he, along with Arjun Kapoor, and the tropes used by Director Pawan Kripalani, make the horror-comedy almost seem like a desi, live version of Scooby Doo. Sure, the jokes and slapstick moments could’ve landed better, especially in the first half, and the entire movie could’ve done with more chills, but there’s an overall spooky vibe and innocuous-fun feel to the proceedings that make it a decent one-time watch, largely helped by some good VFX. I’m going with 3 out of 5 stars.

On the whole, BHOOT POLICE has a weak first half but the post-interval portions are quite entertaining and thrilling. The combo of horror, comedy and emotion makes for a decent watch. 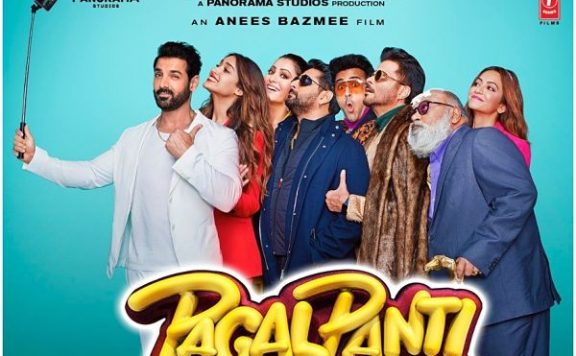