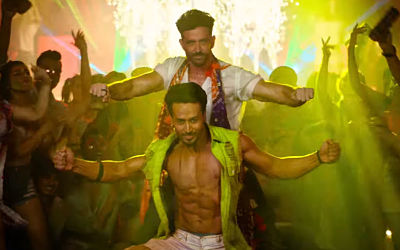 War is expected to go up over the weekend on Saturday and Sunday.

3 Day collections of War are already 11th Highest All Time  despite having 2 weekdays and 5 day extended weekend would definitely all time highest.